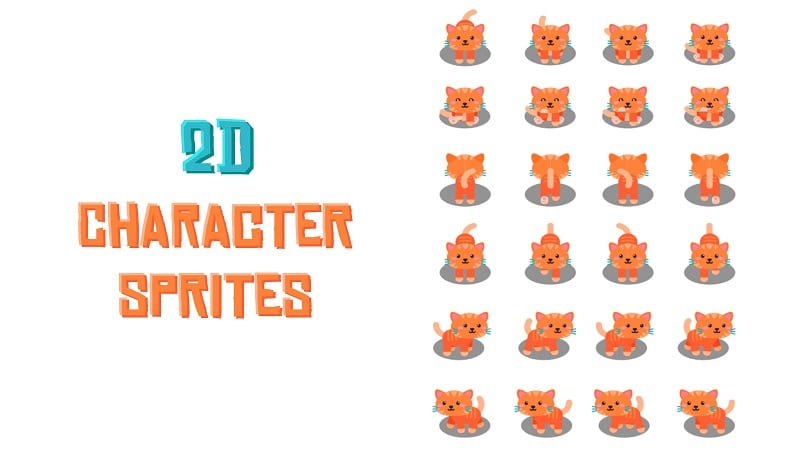 What games can you remember during that era? Super Mario? Sonic? Name it! You can see that those games were created with pixelated graphics as well as graphical tricks. The purpose of which is to let you experience the so-called “illusion of depth.”

Did you know that the video games in the 80s like the two mentioned above have evolved? The point is there has been an evolution through time. Nowadays, 2D Character Sprite has become popular. Way back in the 80s, you have to understand the fact that what you actually saw on television were 2-dimensional bitmaps.

Those bitmaps were called the “sprites.” And because of the continuing technological breakthrough, there has been an improvement of the traditional bitmaps in the 80s until the modern time. 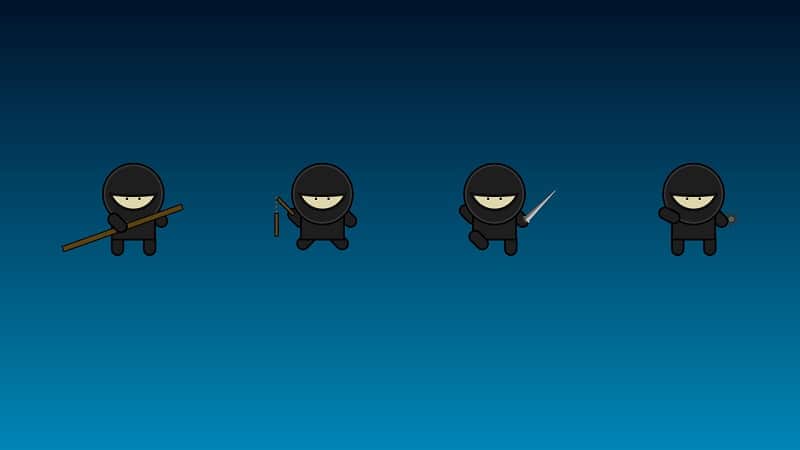 Understanding the history of 2D Character Sprite is quite important. This is to make you well aware of the fact that this is a graphic and animation system that was brought to this world by gaming experts. Those games that could have been found in the arcades way back then were developed through the utilization of sprites.

Are you familiar with Taito, a video game company based in Japan? In 1974, they released a video game named Basketball. Such a game was the starting point of the use of sprites for games.

Next to Basketball was another game in 1974 called the Speed Race. This time, the sprites were used to attract gamers through the implementation of collision detection. The cars being used by the gamers of this particular game were featured through pixelated graphics and animations. The racing cars were moving in a vertical scrolling track.

The evolution of Sprites has been evident through the years. At present, via hardware, there can be 16 sprites to be used. There is a division of 4 sprites per scanline to be displayed in a video game. From 8-bit to 16-bit, and now 256-bit or 32 pixels are a possibility. And the colors can reach up to 15.

Creating sprites is really important for the video game industry. The popularity of the past and present video games is triggered by the use of 2D Character Sprite. That being said, it is really advised that you consider using this video game creation system. Take note that 2D sprites can also be utilized within the 3D gaming environment. The video-based ads you can see on billboarding are a typical example of this reality.

What are 2-dimensional character sprites? These are actually 2D animations and/or images which are being overlaid in a video game scene. They are characterized as non-static which means the 2D elements are all non-static. On every particular background, they are moving independently and freely. They are popularly used in pseudo-3D sprite scaling. Regarding the graphics mode, the most popular typical examples are the Mode 7 and the Super Scaler.

Sprites are so popular until today because of their great impact on the games to be created using them. Even those consoles back then were using 2D character sprites. However, those home consoles in the past were seldom used because of the memory requirements. RAM was so expensive back then that only a few people could buy and use it. It has led those past home consoles being used only by those who could afford to buy the expensive random-access memory.

But the gaming industry has been robust and active. It has led the gaming experts to find out great and ingenious strategies until they have created awesome gaming experiences which are not so expensive.

Drawing sprites could be done successfully through using either of the two main methods, to wit: Hardware Sprites and Blitting/Buffering.

The hardware method  is quite simple to understand. The designer and developer of a video game has to process and reduce the needed power. Most home-based consoles are using the hardware system or technique because of the fact that the needed power is reduced through it. However, there is a problem. What is that? There is a clear restriction of the number of moving objects to be played and enjoyed by the gamer. The bottom line is, there are limited moving objects to be found on the screen.

Along the way, the video game experts that use this technique have changed and shifted to the so-called render priority of sprites in real time. The two most popular companies which have been using this technique are Sega Genesis and Nintendo Entertainment System (NES).

How about the Blitting/Buffering technique or system? A dedicated graphics processor chip or CPU is going to modify a frame-buffer that is being held in RAM when using this particular technique.

Clearly put, the sprites are processed through a display list. There is a need to observe and practice double buffering for the purpose of preventing tearing and flickering. Unlike the former technique which offers limited objects, the good thing with Blitting/Buffering is that there can be many moving objects.

Find the right 2D Sprite Creator today. This is your best chance to excel in the video gaming industry that you are in. This industry is a lucrative one but you have to be clever enough to enjoy the great benefits of using sprites for games.