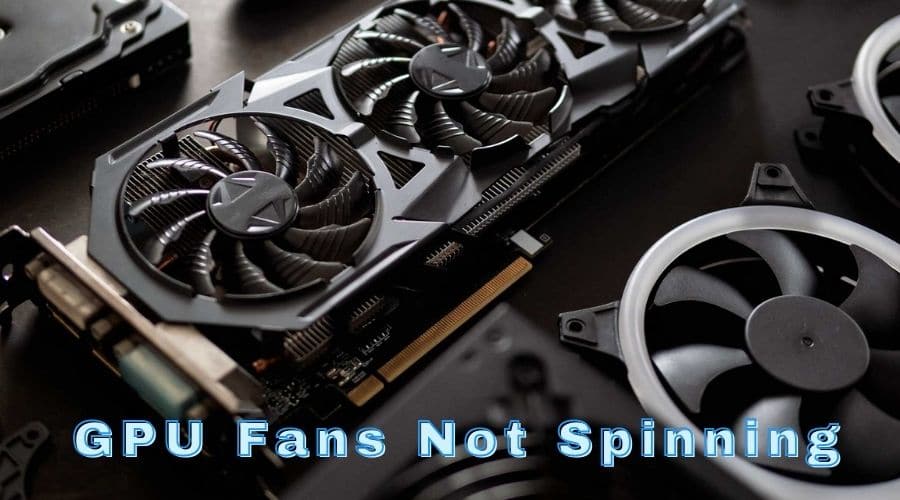 The GPU has become one of the most essential computer computing technologies, especially gaming PCs. After building your PC, you might run into a few problems, including your GPU fans not spinning. When gaming, your GPU generates a lot of heat. Therefore, GPU fans are needed to keep your graphics card cool. When they stop spinning, your GPU will get very hot leading to display issues and even hardware failure.

Your GPU fans not spinning is a frustrating issue that will prevent you from utilizing your graphics card capabilities. Luckily, there are several solutions to this issue, some quick and straightforward, while others are complex.

Some of the common reasons include the PCIe power cable is not plugged in, Your GPU fans being dusty, and you’ve not oiled your GPU fan’s bearings. Whatever the reason, we have compiled the best fixes to get your GPU fans working. 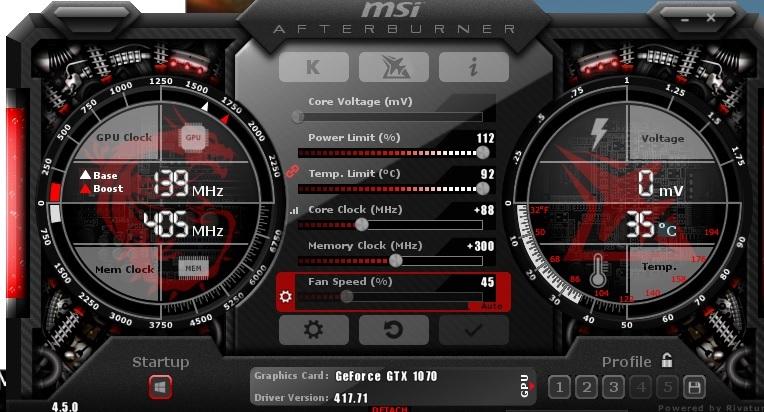 Before concluding an issue with your GPU fans, you should double-check whether they are supposed to be spinning. In most cases, GPU fans don’t spin unless under load. Therefore, you could not be doing something intensive on your system; hence the temperature of your graphics card is relatively low. In this case, your GPU will be idle.

When your graphics cards are idle, they use passive cooling hardware like heatsinks to control the temperature. You should not expect your GPU fans to spin while basic tasks like browsing the web. However, it would help if you kept in mind that this does not necessarily mean that your GPU fans are working. There are a couple of ways you can check whether your GPU fans are in working condition.

You can do something intensive on your system, like playing a game to see whether they spin or not. If your fans are not spinning after running a GPU-intensive game, then something is wrong. This is because the GPU core temperatures will rise, and the fans are expected to start running.

The downside of running stress tests is that your graphics card could overheat, causing damage. A much safer option is to restart your PC, and if you do not hear anything, you have a faulty graphics card. 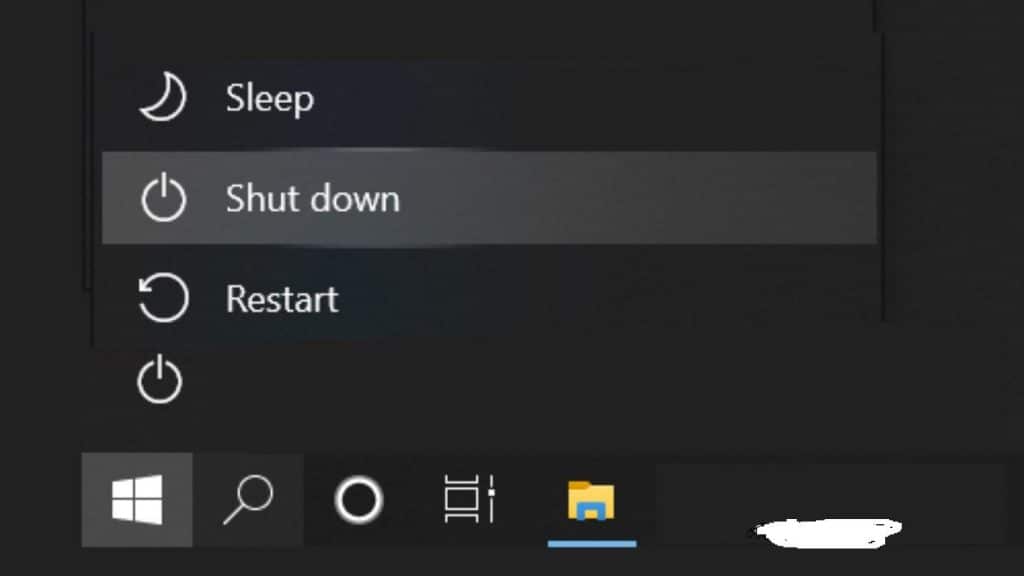 The first thing to do when your GPU fans are not spinning is to restart your PC. Even though it might sound simple, restarting your PC can solve many PC-related problems,, including GPU fans not spinning. Most IT technicians around the globe recommend rebooting your system whenever you have a problem before trying any technical fixes. Restarting your system will refresh and fit its settings to ensure proper functionality. This could restart the spin of your GPU fans. 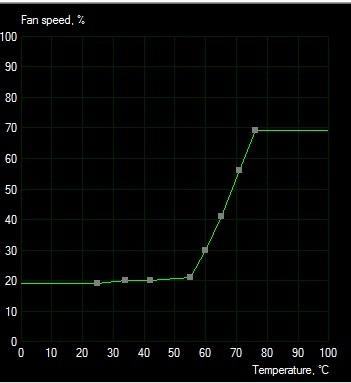 As said earlier, GPU fans don’t spin until they reach a certain temperature. The problem could be a bad or buggy GPU fan curve preventing it from spinning. Your GOU fans are meant to spin quicker as the temperature rises. If that’s not happening, you can change the fan curve to make the fans spin earlier than the default settings.

A driver issue could also prevent your GPU from working properly. Your computer could be using a broken or outdated graphics driver, causing the fans not to spin issue. You should always ensure that your PC has the latest GPU drivers.

Depending on your GPU, you can manually update your graphics driver by visiting the GPU manufacturer’s website. You can download the latest graphics driver and install it in your system.

Alternatively, you can update your graphics drivers through Device Manager by taking the following steps: 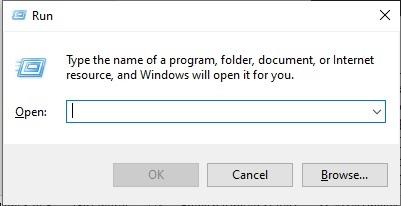 Step 3: Expand the Display Adapters section. You’ll see a list of all the graphics drivers installed on your computer. 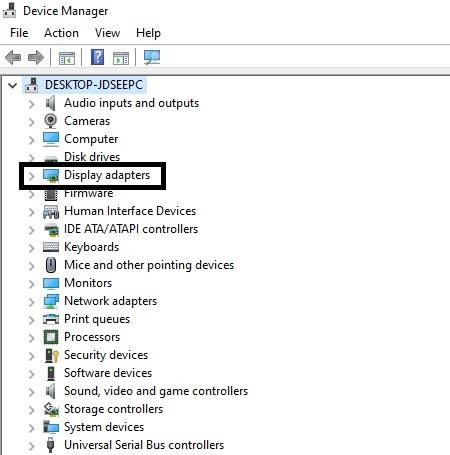 Step 4: Right-click on the driver you want to update and click on Update Driver. 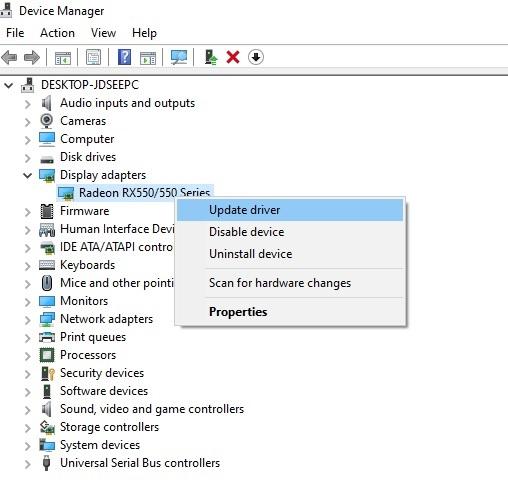 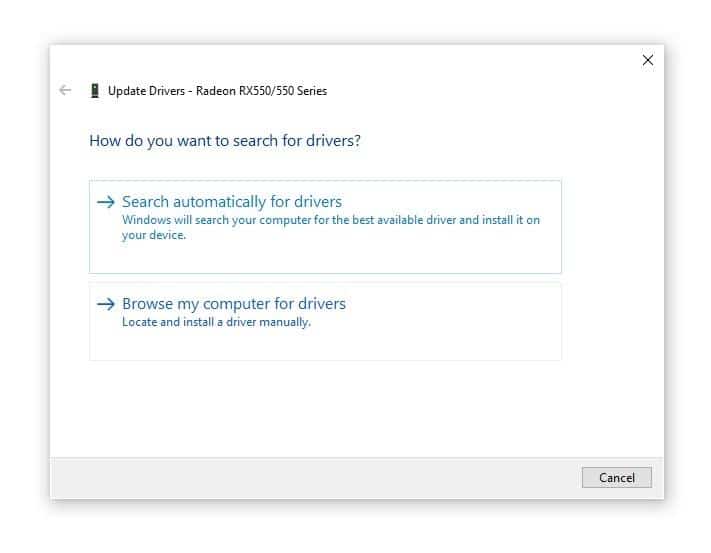 Windows will search for the latest available updates and download and install them. Updated drivers come with the latest features and bug fixes that could fix your GPU fans, not the spinning problem.

5. Roll back any updates 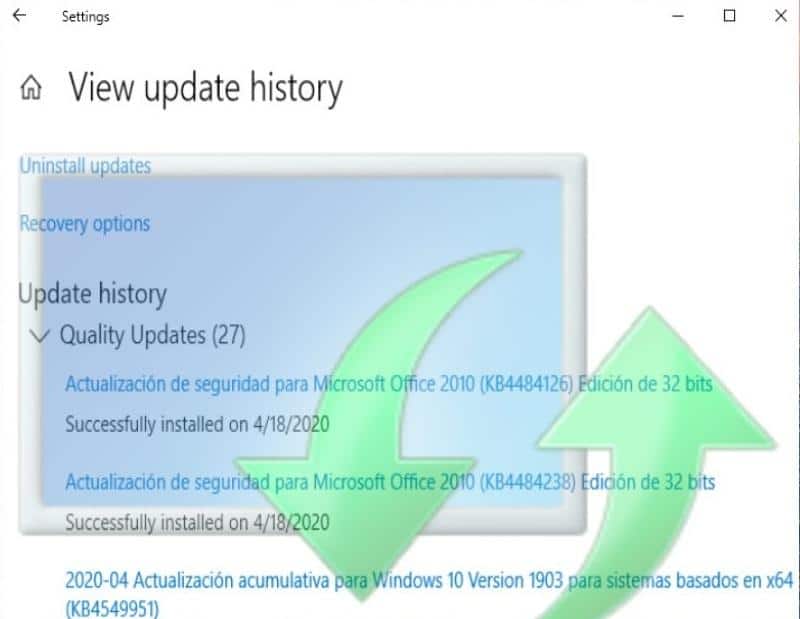 If your GPU fans suddenly stopped working, it’s possible that a recent update corrupted your system files and drivers. The best solution is to roll back your drivers and updates and check whether the problem is solved. You can roll back your graphics driver through the Device Manager. Instead of clicking on Update Driver above, you can click on Roll Back Driver and follow the onscreen instructions.

6. Make the power connectors are plugged in 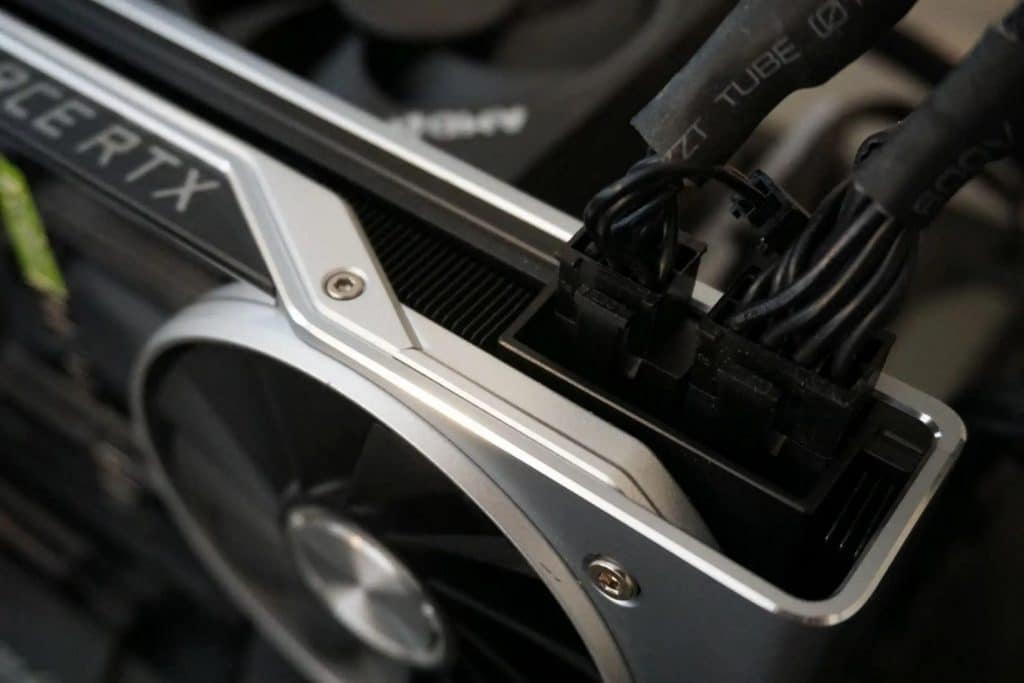 A connection error could be the reason your GPU fan is not working. After purchasing a new GPU, you might overlook your connections, especially if you’re new to PC building. When building a gaming PC, it’s a common error for users to forget or wrongfully connect components.

GPUs come in different models, some using 6-pin connectors while others 8-pin connectors. Therefore, you should ensure that you properly connect them to the power source. When your GPU fans are not working, it could be that the power connector to the PSU is not connected, or the pins are not completely pushed into the card.

It would help if you also kept in mind that GPUs require a lot of power. Before buying a graphics card, you should research its power requirements and connectors to ensure they are compatible with your PC. Inadequate power supply will prevent them from working as expected. Makes sure that you push the power connectors all way in and that your power source has the right power wattage. 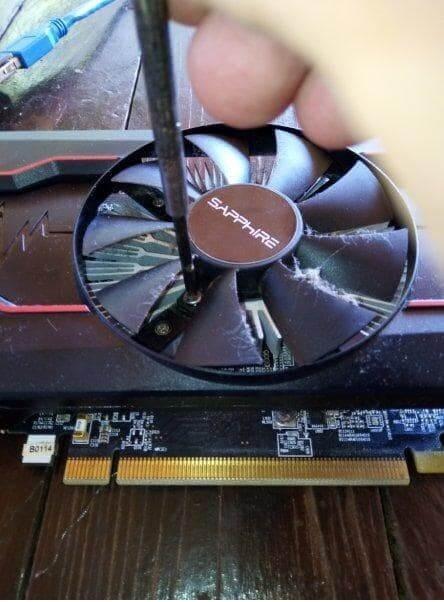 The most common culprit for GPU fans not spinning is the build-up of dust and other materials on the blades. Unless your GPU is new, there could be dust or obstacles immobilizing the blades. Since GPU fans move hot air away from the GPU, the fans will continuously interact with particles and dust in the PC.

When dirt and dust accumulate on the blades, it increases their mass. Since GPU fans have very low torque, it will not take much before they stop spinning. To fix this problem, you should regularly clean your PC and GPU fans. You can thoroughly clean your GPU fans and computer using compressed air or a cotton swab. 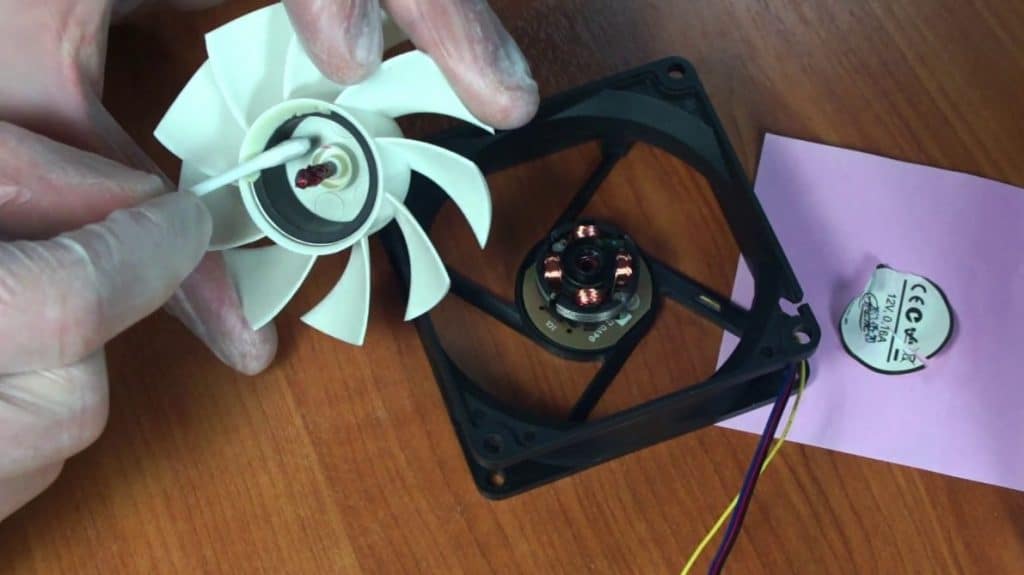 As the age of your fans, their bearings can start grinding, lose their spinning capabilities and end up stopping completely. This constant wear and tear create friction that will damage your graphics card. You can prevent this by oiling the bearings using lightweight machine oil.

To lubricate the bearings, you’ll have to remove the GPU from your computer, remove the fan then peel off the sticker on the back. You can then apply a small amount of oil to the bearings. This will reduce the sliding friction and prevent permanent damage to the bearings. It would help if you did not use WD-40 on your GPU as it may permanently damage the fan. 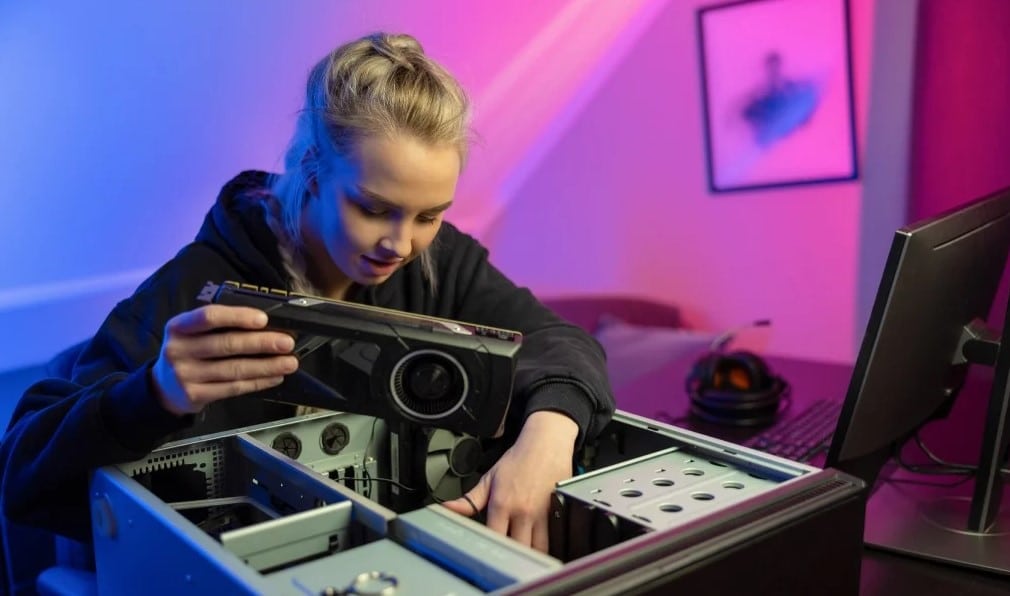 If nothing has worked, you can test the GPU on another computer. Your PC could have a faulty component preventing your GPU from working. The only way to determine whether the fault lies with the graphics card or other system components is to try it on another system. 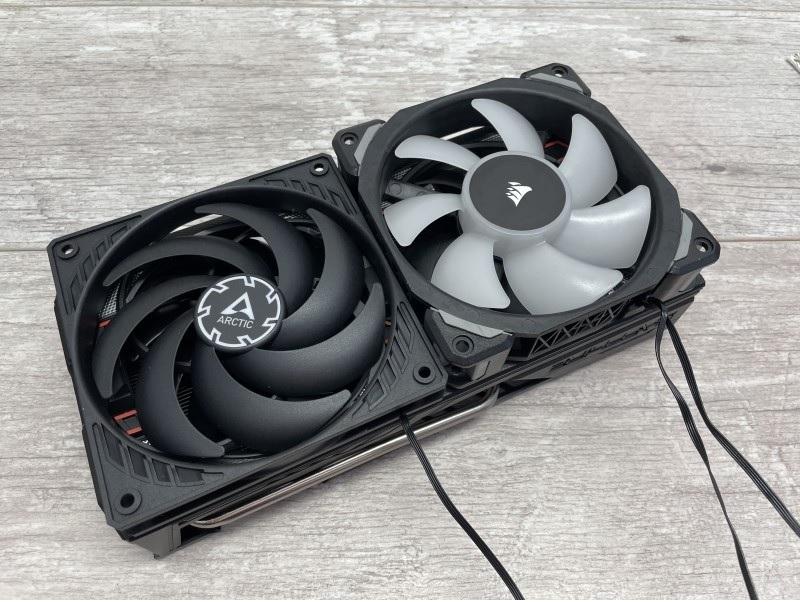 Unfortunately, if nothing else has solved your problem, you are left with no option but to replace the fan. Your GPU is likely faulty or outdated. If your GPU is still within your warranty, you can return it to the manufacturer for a replacement. If not, you can get a new fan specifically for your GPU. If the fans stopped working due to age, you should consider buying a whole new GPU.

Unless your GPU fans are in the passive cooling mode, the GPU fans not spinning issue is something you’ll want to resolve promptly, especially if you run intensive tasks on your PC. After reading our guide, we hope you’ve found a solution that works for you. Remember to be careful when dealing with computer components.