How to install a CPU [Intel or AMD] on Motherboard

The installation of the CPU should be the easiest part of assembling a computer. It is also the first step, and you don’t even need a screw to do it. I will show you how to install a CPU effortlessly.

The CPU is technically the brain of the computer. Without the CPU, your system will not boot up. Some functions of a CPU are to perform calculations with its arithmetic logic unit, store instructions, and control the computer operations. Furthermore, The CPU functions alongside the respective hardware of a computer.

Typically, the CPU breaks down processes into fetch, decode and execute stages. There are different types of CPUs in terms of architecture. There are CPUs with one core, others two, others four, and others have six cores that are considered mainstream.

Before installing a new CPU, ensure that you have updated your BIOS and cleaned off the initial thermal paste.

Confirm the CPU socket type of the motherboard

In the personal computer market, Intel and AMD generally provide CPUs, and the interface types usually are PGA, BGA, LGA.

The best way to check the CPU interface type is to go to the official website for the query. It is essential to be aware that you cannot use a CPU that is not compatible with the motherboard or BIOS. The computer will not boot up. Take my CPU as an example. I am using Intel Core i5-7500. I check its interface information on the official website.

So I will need to search for a motherboard that can match LGA1151.

Regarding the interface matching between the motherboard and the CPU and how to maximize performance, we will explain in detail in other articles. 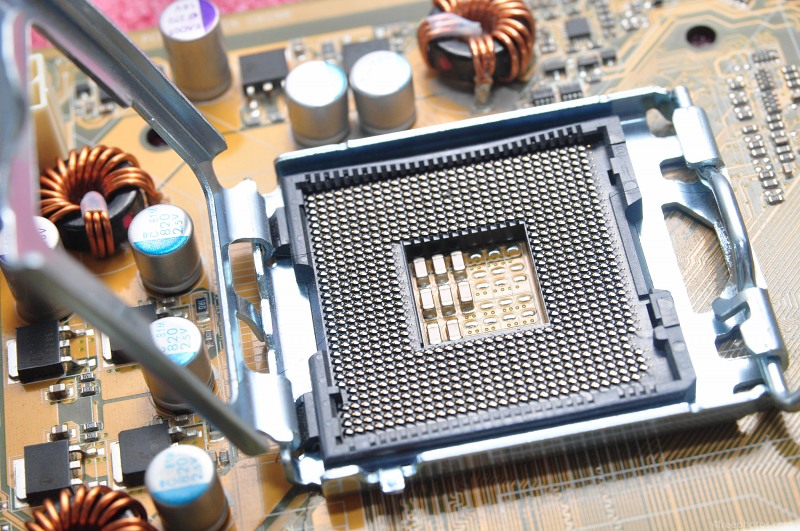 After discovering the type of CPU to use on your system, the next step is opening the CPU socket. The retention arm on the motherboard should be lifted. You are then expected to open the socket cover. Please note that this exercise works for Intel CPU sockets since they are the only ones with covers.

AMD CPUs do not have covers, therefore opening the cover step is skipped. The main reason why AMD sockets have no covers is that they have contact pins already.

Align the CPU and motherboard sockets 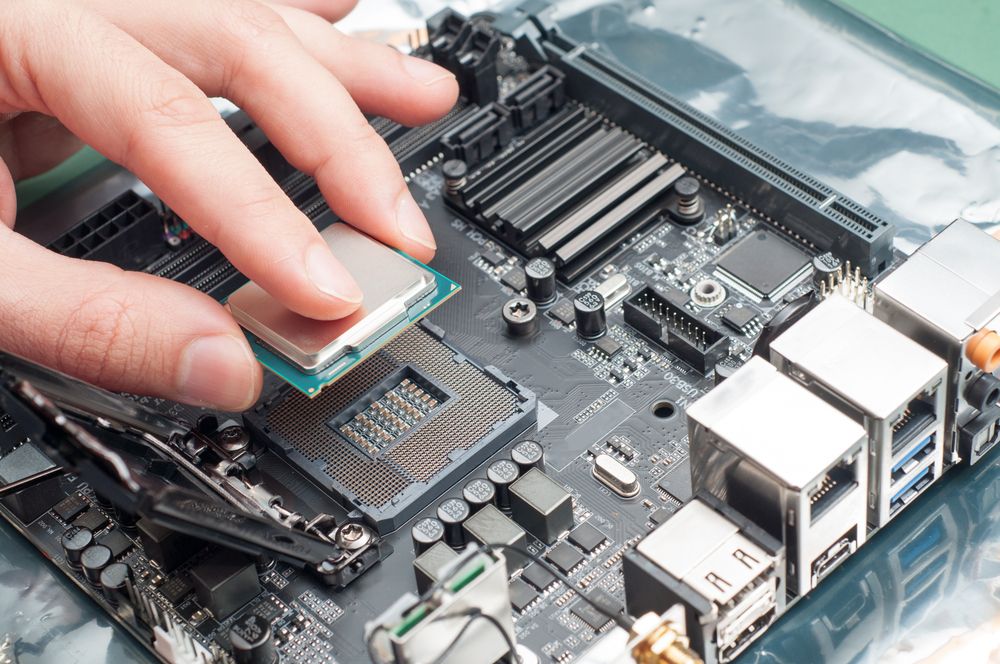 If you accidentally bend the pins, you can repair them with tweezers. If the pins are broken, contact the manufacturer for repairs. Please take note that the processor should fit into the socket smoothly. If that does not happen, the pins might have been bent or the CPU misaligned. 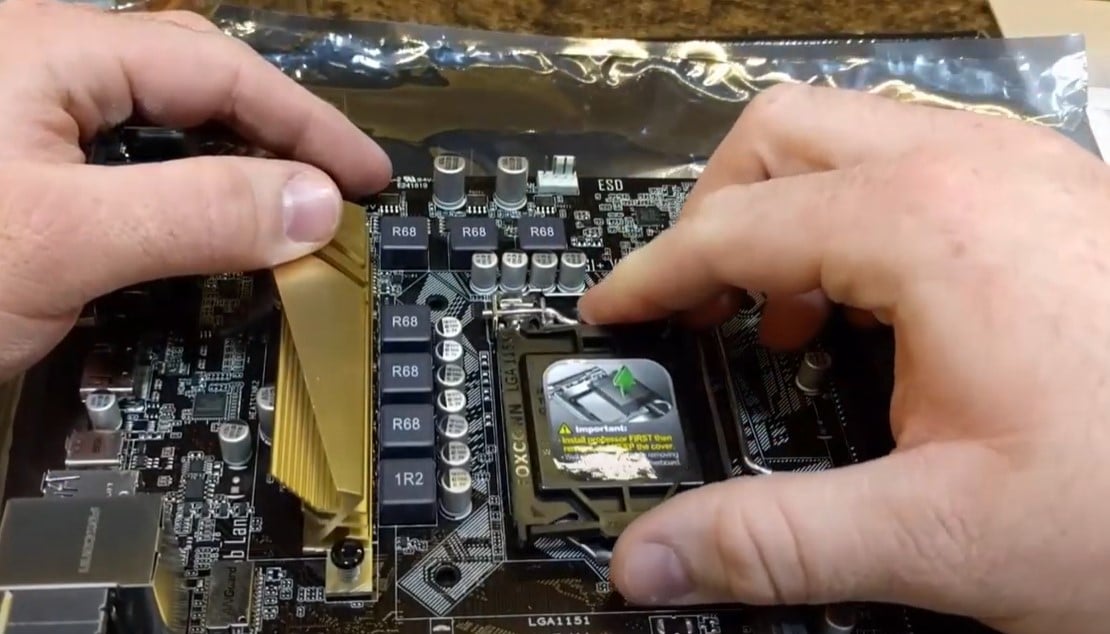 When you install the buckle back in the original direction, the black plastic protective cover will automatically fall off, fix the small lever under the hook, and the CPU installation is complete. For an AMD CPU, you will have to lower the retention arm to lock the socket.

Coat the metal cover on the CPU's back with rice-grained silicone grease, then press down the CPU's cooling tower vertically, buckle the fixed switch, and tighten the screws. In this case, silicon grease is used as an insulator.

When the silicon grease applied is not enough and not uniform, the CPU and heat sink may not be in contact completely. Silicon grease transfers heat efficiently to the heat sink. It also plays a role in filling the gap between the processor and the radiator base.

Safety Measures for handling a CPU 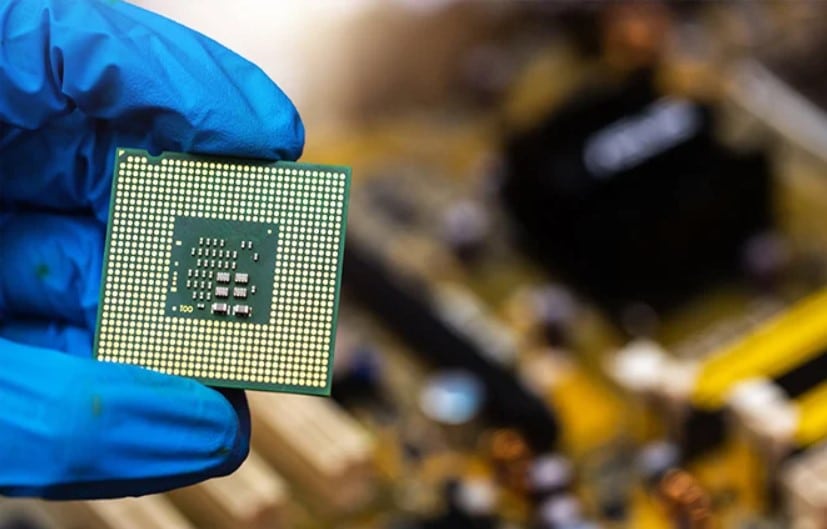 There are some measures that one should follow while handling a processor. The pins should not be touched by bare hands. This is because the human body has a static charge that may cause a short circuit. When installing a CPU, make sure that you are not wearing anything wool-like to avoid generating more static.

If you are planning to work on the motherboard, you should have some protective gear that will help prevent short circuits. It would help if you also unplug your computer before opening any case in the system.

Beware that if you use a faulty/dead CPU, you put your motherboard at significant risk. It may result in the motherboard creating slow short circuits. If you do not know how to differentiate between a dead CPU and a functioning CPU, seek professional help. If the CPU socket gets spoiled, in most cases, one has to replace the whole motherboard.

It is therefore important to handle the delicate parts with care. It is simple to install a CPU as a newbie. All you need are the correct steps. You could also check out YouTube tutorials. Make sure to follow the steps as they are.