11 Factors to Consider Before Investing in Dogecoin 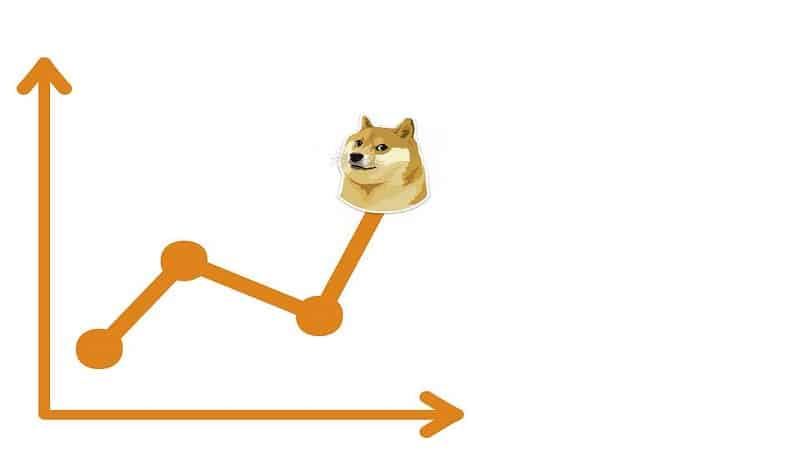 Did you know that the user index for 2021 shows 97% confidence in cryptocurrencies?

You're considering investing in Dogecoin, but you're not sure if it's the right decision.

Investing in any cryptocurrency is a big decision. There are many things to consider before making your investment.

But don't worry. We've got your back. Keep reading because our article provides eleven important factors to consider before investing in Dogecoin. Weigh these factors carefully before making your decision. 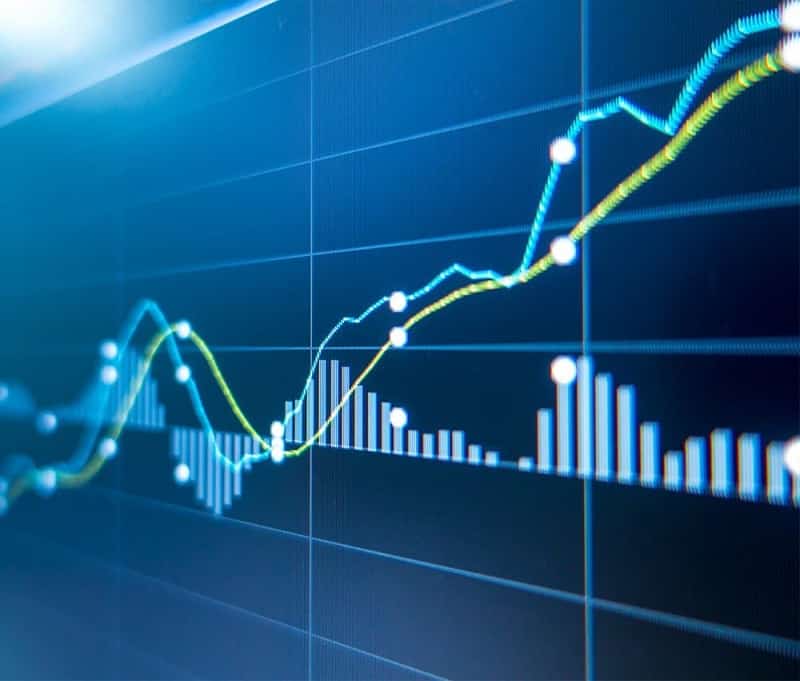 When considering an investment in any cryptocurrency, it is important to look at both the market capitalization and liquidity of the coin. Market capitalization is a measure of the total value of all the coins in circulation, and is a good indicator of the popularity of a coin. Liquidity, on the other hand, refers to how easy it is to buy or sell a coin without affecting the price.

A coin with high liquidity is often more desirable to investors, as it indicates that there is a large market for the coin. Dogecoin, which has a market capitalization of around $2 billion, is one of the more popular cryptocurrencies. However, its liquidity is relatively low compared to other coins, so it may be difficult to buy or sell large amounts of Dogecoin without affecting the price.

2. The Team Behind the Coin

Dogecoin was created in 2013 by Jackson Palmer and Billy Markus as a way to make cryptocurrency more accessible and fun. The team has since grown and now includes experienced developers, marketers, and business professionals. They base Dogecoin on the popular “Doge” meme, which features a Shiba Inu dog.

The dog's energetic and friendly demeanor embodied the team's vision for Dogecoin, and they chose the symbol to represent the coin. Dogecoin is one of the more light-hearted cryptocurrencies, but that doesn't mean that the team takes their work lightly. They are constantly innovating and expanding the coin's functionality.

For example, Dogecoin was one of the first coins to implement SegWit and Lightning Network. The team is also working on Dogethereum, a project that will allow for seamless cross-chain transfers between Dogecoin and Ethereum. With a strong team and a growing community, Dogecoin is well-positioned for long-term success.

If you want to know the difference between bitcoin and dogecoin, read this guide.

The use case is another important factor to consider when looking at cryptocurrencies. A use case is what they should use a particular coin or token is meant for. For example, Dogecoin was created as a joke, but it has since evolved into a legitimate cryptocurrency with several real-world uses.

A bad use case, on the other hand, is something that is either not useful or not used by many people. For example, a coin that is only used by a small number of people or only has one or two use cases is likely not going to be a good investment. So when you're looking at cryptocurrencies, be sure to consider the use case of each one before making an investment decision.

When considering any investment, it's important to look at its price history. Dogecoin's price has been relatively stable over the past year, but it has seen some significant spikes and dips. In January 2018, the price of Dogecoin surged after Elon Musk tweeted about it, and then crashed in March after he called it a “hustle.”

However, the price has since recovered and is currently trading at around $0.50. While there is always some risk associated with any investment, Dogecoin appears to be a relatively stable option, particularly when compared to other cryptocurrencies. As such, it may be worth considering as part of a diversified portfolio.

Mining difficulty is an important factor to consider when mining any cryptocurrency. Dogecoin is a proof-of-work coin, which means you can mine it using computational power. The mining difficulty adjusts itself to maintain a consistent block time of 10 minutes. This makes Dogecoin one of the more accessible coins to mine, but it also means that there is a lot of competition among miners.

To be successful, miners need to have access to cheap and reliable electricity, as well as powerful mining hardware. Those with the most efficient operations will be able to generate the most profits. However, even with all of these factors considered, mining Dogecoin can still be a risky investment.

For one thing, the value of Dogecoin can fluctuate quite a bit, making it difficult to predict how profitable mining will be in the long run. Additionally, the difficulty of the mining can also increase over time, eating into profits. As such, those interested in mining Dogecoin should do so with caution and be prepared for some possible losses along the way.

Cryptocurrencies are nothing without a strong community behind them. Dogecoin has one of the most active and supportive communities in the crypto space. The community is constantly developing new ways to use Dogecoin and promoting its adoption. For example, the Dogecoin Foundation has partnered with Reddit to help finance the construction of a well in Kenya. 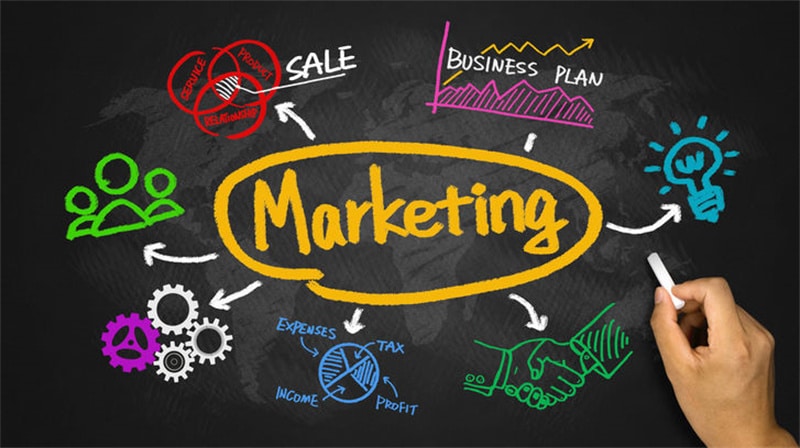 Marketing is an important factor to consider when assessing a cryptocurrency. Cryptocurrencies are often judged by their marketing efforts, and Dogecoin is no different. The Dogecoin Foundation has done an impressive job of branding the coin and getting it featured in mainstream media.

This has helped to raise awareness of the coin and attract new users. In addition, the Foundation has also been effective in organizing community events and marketing campaigns. As a result, Dogecoin has a strong marketing presence that is helping to drive the adoption of the coin.

As anyone who has been following the cryptocurrency market closely will know, there are hundreds of different coins to choose from. With so many options, it can be difficult to know which one to invest in. When considering any cryptocurrency, it's important to look at the technology behind it. Dogecoin is based on the same blockchain technology as Bitcoin, but it has a few notable differences.

For one, Dogecoin has a shorter block time of 10 minutes, which means that transactions are confirmed faster. Additionally, Dogecoin uses a different mining algorithm called Scrypt, which is designed to be more ASIC-resistant.

This makes Dogecoin more accessible to minors who don't have access to expensive mining equipment. These aspects of the Dogecoin network make it a strong contender in the world of cryptocurrencies.

The Dogecoin Foundation has announced a partnership with Ethereum, the world's second-largest cryptocurrency by market capitalization. They aim the partnership at launching a project called Dogethereum, which would link the two blockchain networks. This would allow Dogecoin users to access Ethereum's decentralized applications and smart contracts.

In addition, it would bring increased adoption and improved technology to Dogecoin. The partnership is still in its early stages, but it has the potential to greatly benefit both Dogecoin and Ethereum.

A roadmap is an important thing to consider when looking at a coin. It shows the plans that the team has for the future of the project. The Dogecoin Foundation has laid out several plans for the future, including increasing the efficiency of the network, expanding the use case of the coin, and growing the community.

Benefits of Investing in Dogecoin

As mentioned earlier, Dogecoin has a lot of growth potential. The coin is still relatively new and has a lot of room to grow. With more people becoming aware of the coin and its benefits, the price is likely to increase.

Dogecoin is a cryptocurrency that was created to be accessible to everyone. Unlike other cryptocurrencies that require expensive mining equipment, you can mine Dogecoin with a regular computer. This makes it a good option for people who are just getting started in the world of cryptocurrencies. 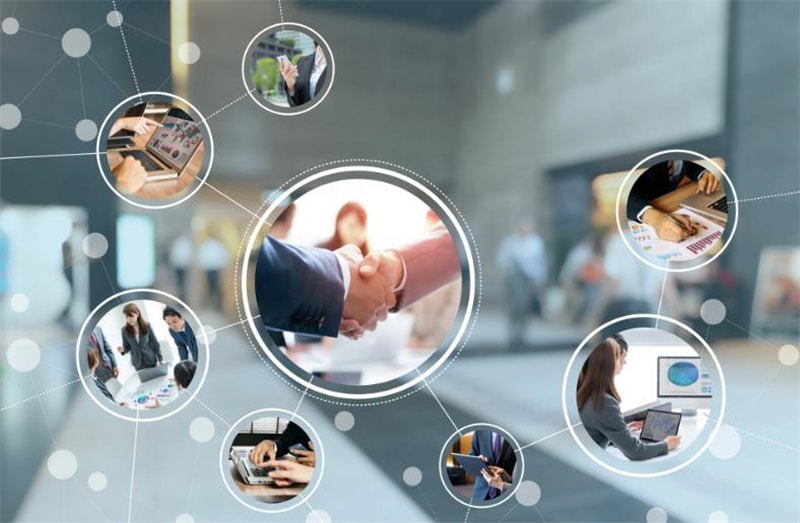 The Dogecoin Foundation is an active group of developers who are constantly working on improving the coin. They have released several updates and have plans to continue developing the coin in the future. This shows that they are committed to making Dogecoin a success.

Dogecoin is a cryptocurrency that was created to be accessible to everyone. Unlike other cryptocurrencies that require expensive mining equipment, you can mine Dogecoin with a regular computer. This makes it a good option for people who are just getting started in the world of cryptocurrencies.

Dogecoin is already being used by several businesses and services. This helps to increase its adoption and use case. As more businesses start to accept Dogecoin, the price is likely to increase.

These are just some of the benefits of investing in Dogecoin. With so many positive factors, it's no wonder that the coin has seen such success in recent months.

Ready to Start Investing in Dogecoin?

So, is Dogecoin a good investment? That’s something that can only be answered by each investor. However, we hope that this article has provided you with some factors to consider before investing in Dogecoin or any other cryptocurrency.

Be sure to check out our blog for more informative articles like this one on crypto investment and happy investing in crypto!