What Is Mpcmdrun.exe and How To Use It 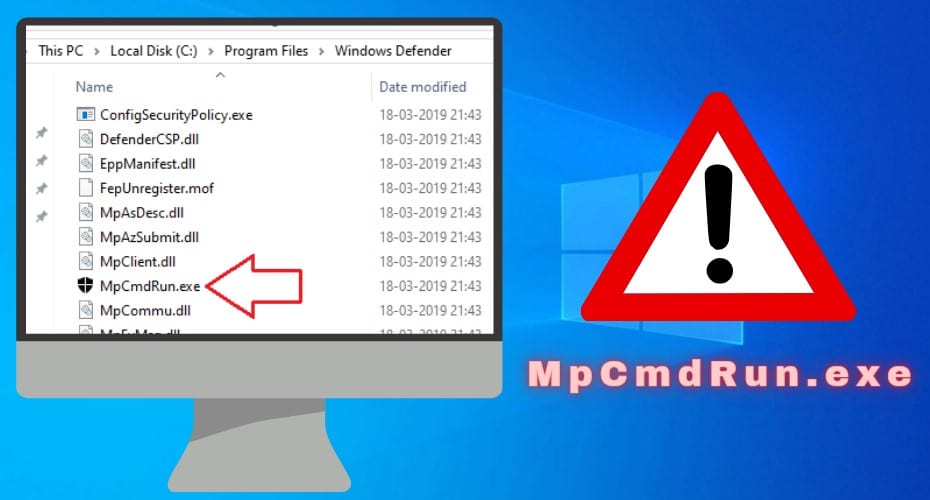 There are a series of independent programs that run in the background of a Windows operating system. Though they are independent, all of the genuine Microsoft software programs work towards a common goal of supporting the smooth running of your OS. MpCmdRun.exe is one of the independent programs from Microsoft Inc. that is tasked with securing your PC from malware attacks.

Have you ever had the opportunity of checking under the hood of your Windows operating system? It is easy to notice the independent programs that run discretely when you open your task manager console.

The MpCmdRun.exe is a genuine executable program from Microsoft Inc. It runs discreetly in your OS, and you can find it listed under the services tab when you open your Task Manager console.

This article is your gateway to understanding everything you need to know about the MpCmdRun.exe Windows system process.

It is simple to identify what type of file this program is by looking at the extension string. The file is an executable program because it has a (.exe) file extension string at the end of the file name. It forms part of the genuine Microsoft Inc. programs that run silently in the background to prevent your PC from malware infiltration.

The program’s full name is Microsoft Malware Protection by Microsoft Corporation. The executable program is incorporated into your Windows Defender Firewall and helps your OS run smoothly and at optimum speed.

This means you need to open your drive C partition and then head over to the program files folder and open it.

Look for a folder called Windows Defender (for Windows 10 users, the folder may be indicated as Antimalware in other versions of Windows OS), and open it. You should be able to see a file named MpCmdRun.Exe.

Is mpcmdrun.exe a virus or malware?

However, there is a way to check if your system file is genuine or not. Below are some methods that you can use to distinguish a genuine mpcmdrun.exe from a malware program file.

How to check whether mpcmdrun.exe is genuine or malicious

Method 1: – By checking the file location of mpcmdrun.exe?

The system file should always be in the designated file path. A program with a similar filename but found outside the file path is a potential security threat.

The file path of the malware protection program is “C:\Program Files\WindwsDefender\\MpCmdRun.Exe.” 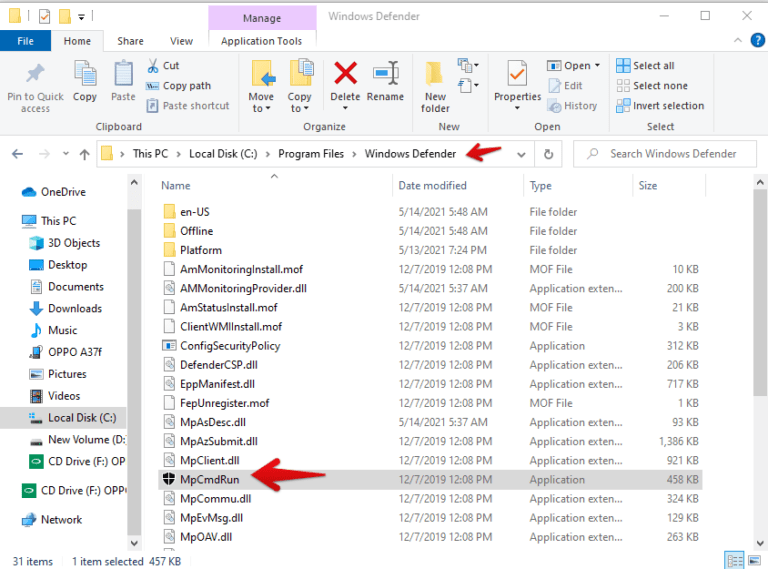 Method 2: – By checking the digital signature of mpcmdrun.exe?

This process is simple, and the first step is to open the program’s location. Follow the following file path.

Step 1: Locate the executable program named MpCmdRun.exe and right-click on it. There is a drop-down list that will appear with different options. <

Step 2: Scroll down to the properties option and click on it. A new pop-up window will appear after clicking on properties.

If the mpcmdrun.exe file does not have a timestamp from Microsoft, potential malware.

How to remove or uninstall mpcmdrun.exe?

The easiest way to uninstall this program is to go to the task manager.

Step 1: Locate the malware protection program and right-click it to end the process.

Step 2: Go to the services tab on your task manager and stop the ‘Mpssvc’ service. 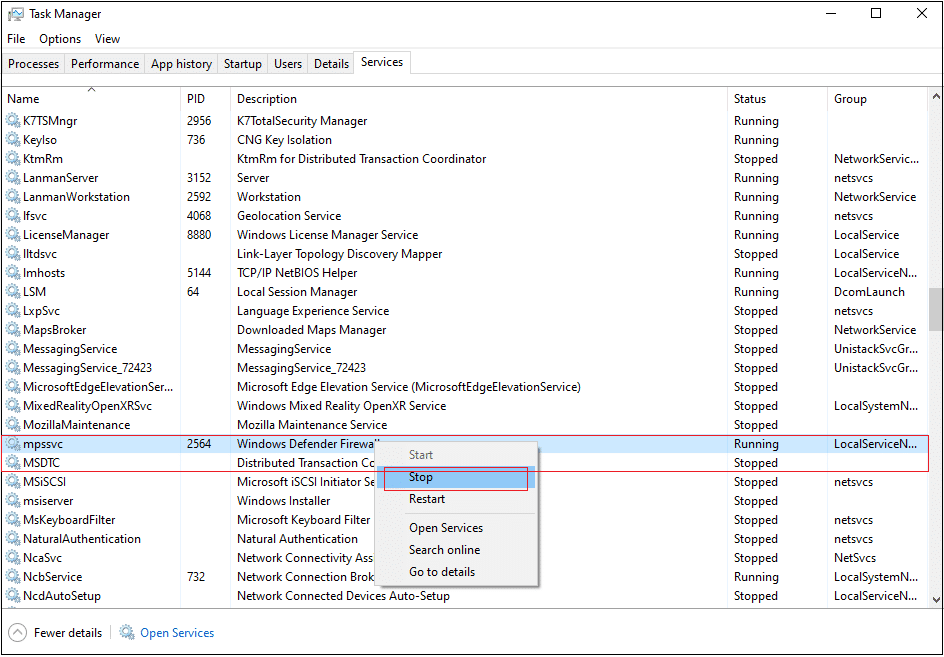 Step 4: Right-click on the program and manually delete the executable file.

Step 5: A pop-up SmartScreen will appear requesting administrator privilege. Click on the Yes button and restart your PC to complete the uninstallation process.

If you follow the steps diligently, you should be able to remove or uninstall the malicious mpcmdrun.exe program file from your PC.

How to fix mpcmdrun.exe related problems

Windows operating system is programmed to give you an error message if there is a problem with the ‘MpCmdRun.exe’ system file. In most instances, this is because there is an intrusive file. The intrusive file will have a duplicate file name resulting in a conflict while executing both files. The recommended course of action is to open the file location of the intrusive file. Check if the genuine Microsoft malware protection software is located in

This method will resolve the conflict and return your system to normal.

2. By restarting your PC

The malware protection file forms part of the Windows Defender software. Microsoft Inc. programmed the system file to check for updates periodically. You can view the program’s firewall exemption by going to your Task Manager.

Step 1: Select the services tab and search for the ‘Mpssvc’ service.

Step 2: Highlight the service running and check under the PID tab. The number indicated under PID is the corresponding port number that exempts the program from checking and downloading updates automatically.

Step 3: Automatic updates can cause the executable program to act out and crash the malware protection file. You will get an error message if there is a problem updating your malware protection program. This can be solved by simply restarting your PC for the update to take effect.

3. By updating your Windows

This is one of the easiest ways to fix the MpCmdRun.exe system file. Microsoft Inc. prioritizes your OS security, and malware protection forms part of the primary software programs that guarantee the safety of your OS. You can use the search box to search for the update utility tool.

4. By running command prompt as administrator

Step 1: Right-click on the start button and start CMD with administrator privileges.

Step 3: The utility will begin fixing corrupted system files. A successful message should appear if everything goes according to plan.

If done successfully, each of these options should help you to fix any mpcmdrun.exe problems that may be affecting your computer. Try each of them to find the one that best solves the problem.

The MpCmdRun.exe is a sensitive Windows system file. It runs concurrently with Windows defender to prevent your OS from malware infiltration. The executable system file utilizes few resources to scan and block malware threats. The system file is sensitive because unethical programmers can compromise it to gain unauthorized access to your data. Compromised MpCmdRun.exe files can cause high CPU usage in your PC.

Q. How to check GPU usage of mpcmdrun.exe

The MpCmdRun.exe utility is part of a collective web of executable programs that ensure your OS runs smoothly. You can open the task manager and click under the processes tab. The MpCmdRun.exe file should be present in the list of running programs. Highlight the program to view the utility’s GPU usage.