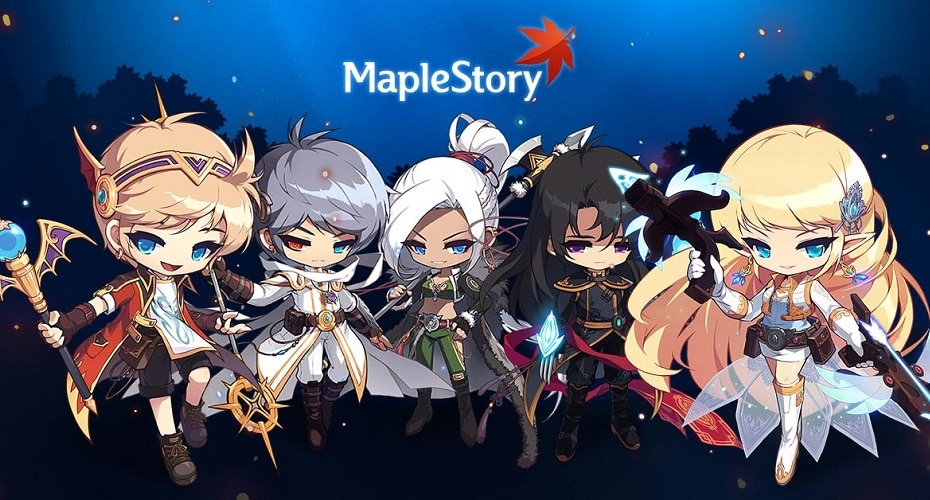 Have you ever played an MMORPG game like Maplestory? How was the experience? I will share with you some of the best games like Maplestory that will keep you glued to the screen.

Maplestory is a side-scrolling online game with five classes and seven factions. It is an MMO RPG- Massively Multiplayer online role-playing game.In addition, Maplestory is a fantasy-based video game.

In the game, you are allowed to select a character. You get to explore the Maple World while going on adventures and undertaking quests. Battles are there with monster enemies ready to attack.

You can build your guild and team up to fight your enemies. Additionally, this multiplayer game allows socialization between players around the globe.

Dungeon Fighter Online comes with several characters you can choose from. Each character has a unique set of skills and abilities to help in progressing through the game.

The set-up is in a mystical realm where you are on a quest to save the kingdom from monsters. Traverse through the gaming world and fulfill your objectives. Ultimately, it earns you experience points.

In this game, you assume a single character role traversing across two virtual continents of Freios and Jiendia. There are ten different character classes to choose from when creating your player profile.

Each character class comes with its skills and abilities, specializing in stamina, strength, magic, and luck. Create a hero to embark on a quest following Iris Livier, a renowned champion fight against the demon realm.

Collect experience coins (Ely) by finishing quests, selling items, and killing monsters. Use your coins to purchase weapons and upgrade your hero as you progress past different levels.

NosTale is an action-adventure game. As a player, you are to create a character who starts as an adventurer as you climb levels. You also need to summon and capture pets on the way. You will need to train and use them in the fight against Fernon.

You can store the remaining pets in Miniland, your home. In the game, you cross levels till you join your first class from Swordsman, Archer, and Mages. Participate in quests and raids to get specialist cards to unleash more power for challenging battles. Additionally, fight the evil monsters to liberate the forest.

The game has four main classes, Swordsmen, Clerics, Wizards, and Archers, that determine the abilities possessed by characters. Subclasses are also available to navigate within as you progress.

The Tree of Savior came to earth, leading to massive destruction. The game allows you to play an entity ready to lead and fight evil. Assemble an army of wizards, archers, and swordsmen while using your various abilities to save lives.

This multiplayer game consists of a 5 character class in a monster-filled world. You select a character class and equip it well with accessories. You then pick one of the two factions, the evil forces or the Central District.

You take on quests that involve slaying countless monsters. Use the collected monster souls to improve your skills and gear. You also get to learn more about those creatures you slay.

The game occurs on three continents, Uladh (human), Belvast (giant), and Iria (elf), where the action starts. Create characters using character cards where you choose a name, age (10-17), gender (human, elf, and giant), appearance, and race. You have the option to reset their characters through rebirth while carrying over the achievements earned in the previous body.

Spiral Knights is an action-adventure game where you control a knight to explore clockworks, defeat enemies, dodge traps, and solve puzzles. You can either choose the player versus player mode or the player versus enemy mode.

Aside from battles, knights do shop, train, and trade with one another. Upgrading of equipment improves the personal statistics of the game. You can use real-world money to purchase energy, an in-game commodity, to boost the knight's development.

This game is action-based combat that allows you to create your warrior guilds. You get to choose your character from the classes available. Character development occurs at later stages of the game.

4 main mission modes have to be completed in a sequence to advance the game plot. Each mission has an increased difficulty level as you progress.

In this game, you choose a character and a job path with varied characteristics and personalities. Different skill sets are unlocked as you level up the game.

Explore the world of Elios and defeat enemies to unlock better skills and new job classes. Additionally, purchase items and interact with other players to increase your chances of winning.

In this game, you get to choose a player character with different skills and abilities from the classes available. You take part in battles against monsters and fellow players. Moreover, you get the chance to join hunting parties, develop your skills, and abilities to progress on the levels. Greater rewards come from winning challenges. Players can go on thrilling quests, fight cool monsters, and train pets to join them in battle.

The game is set up in a war-torn world with the Crystal Child. You are in pursuit of clues to help save the perfect land, Eden Eternal. While creating a character, choose the heroic trait to increase your gaming ability through the classes.

There are over 20 unlocked classes broken up into five categories. You can switch from one to another at will. Complete quests and become famous hence accumulating points to be used in purchasing weapons and body amour. Bonuses and benefits are available to formed relationships.

In the game, it is a time of strife between God, humans, and demons. In the game, you enter into an uneasy truce. The truce grows into a fragile peace that lasts for a thousand years. As the memory of the Great War fades into a legend, the humans fall back into corruption, selfishness, and arrogance.

There is a sudden strange howl that tears through the boundaries dividing the Gods, humans, and demons. The peaceful creatures begin to attack villages. Moreover, the earthquakes rip the continents apart.

It is an amazing game like a double dragon. It is a basic fighting game. Placing an attack requires precision and forethought. Remember, 2 to 8 good hits from the enemy can kill you and make you lose one of your 3 lives.

However, healers can heal you, but you have to realize that a healer in the middle of the spell is extremely vulnerable.

In this game, the character competes in a contest to win treasure on an island. The game is highly influenced by Greek mythology. Each section of the plot is split into 6 episodes, each unraveling a portion of the final story.

It becomes more than a treasure hunt. The game is mainly based on clicking and fire. It includes both combat and non-combat moves. There is also the card battling system that sets two characters against each other in a game of cards. There are different game types; power, magic, sense, and charm.

This game gives players a chance to take a flight on a broom, riding board, bike, or wings. The players can engage in combat while flying. There are over a dozen classes, a level cap of 15, social features, and much more.

If you want to experience a game in flight, choose the game. It is a free-to-play, item shop-based game. There are multiple PvP modes to engage the player versus the player combat. You get the chance to choose from a wide variety of classes. Additionally, you get to fly for fun! Sounds fun, right?

This is a free side-scrolling online action RPG game that is anime-inspired. You get to enjoy exciting adventures in dungeons and PVP. There are 20 unique characters. You get to collect equipment and learn skills to help you in the game. Moreover, party with your friends to explore the vast lands. There is the normal, heroic, and event dungeon.

The game can accommodate 2-6 players. There are a wide variety of weapons you can use.

This is an amazing game that is available on the play store and apple store. It is one of the first MMORPGs for mobile. The setting is in an ancient world where two forces conflict.

Choose to be whoever you want; a brave ranger, magician, or warrior. Join a million other players online and play this thrilling game. You can fight against players from different realms in real-time.

These games will make you have a great gaming experience. Not only are they readily available, but they can be played by anyone. They are all similar to Maplestory, hence be assured of a thrilling experience. Playing games is essential to help relieve us from tiresome days at work or school. Choose a game and make it your best.