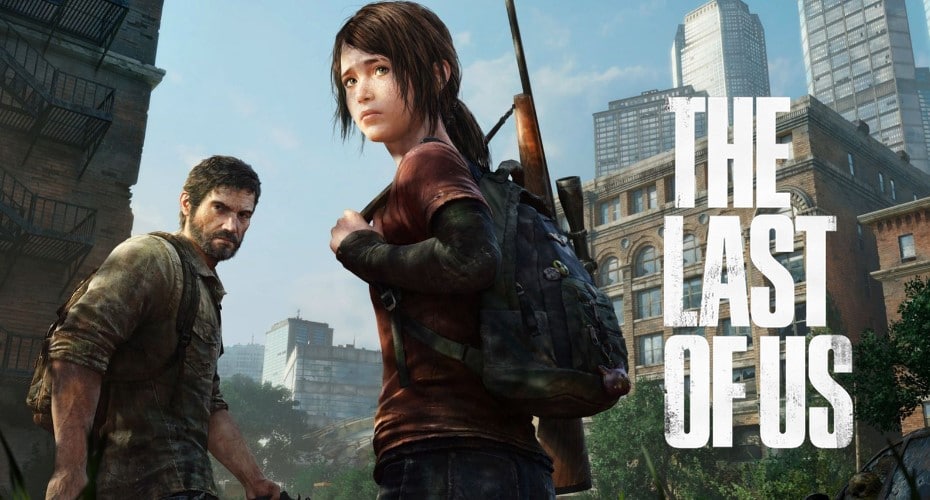 You don't have Playstation 4, but want to play something as adventurous and amazing as “The Last of Us”? Here is a list of games just as exciting like the last of us game.

Have you ever played the “Last of us” game? It is an exciting game. It is one of the most famous gameplays that you can play to relax and even get intriguing experiences. It is easy to learn the basic storyline and to work around it to complete your quest. The game requires perseverance in all the steps to ensure you become victorious.

This the finale of the uncharted series, in which Drake returns to the world of thieves and Sam sets off on a journey to Rihadaliaga in search of Avery's treasure. You will follow them on adventures in the mountains, jungles, and under the sea to discover the hidden intrigue behind the treasure trove of pirates.

The game is available in both multiplayer and turbo modes, where you need to use a variety of tools and weapons to defeat opponents or get as many statues as possible. Come and join Drake on one last adventure.

This is an action-adventure game that was released in 2018 for PlayStation 4. There are two protagonists, Kratos and the son Atreus. The death of Krato’s second wife and Atreus's mother leads to their journey to fulfill her request for her ashes to be spread at the highest peak of nine realms. However, Kratos keeps his past a secret to Atrus, who is unaware of his divine nature.

The major obstacles in the journey are the monsters and gods of the Norse world. Kratos may adapt to unfamiliar lands with unexpected threats. Kratos is learning how to be normal from his son Atreus, while Kratos is teaching Atreus how to be a god.

This game was developed in 1998. In this video game, the player controls Leon and Claire, who must escape the Racoon city after the citizens are transformed into zombies. This is by use of a biological weapon. This is two months after the events of the original Resident evil. The gameplay's major focus is on exploration, puzzles, and combat.

The major difference with the predecessors is the branching parts. Each player’s character has a unique storyline, partner, and obstacles. It has great settings, atmosphere, graphics, audio, and scenes. It is built on horror, tension, characters, and narrative.

It is based on a first-person shooter who is indebted to the wrong people with his life is on the line. He needs to rescue Elizabeth, a girl who was imprisoned since the time she was a child. They are forced to trust one another, both Booker and Elizabeth. Ultimately, they learn to cooperate during their escape. They have many threats they have to maneuver.

It was developed between 2001 and 2008. The video game focuses on fictional British archaeologist Lara Croft. The character travels through the world searching for lost artifacts, just like in the line of the field. This is by infiltrating dangerous tombs and ruins.

The scenery is in 1899, in which the Wild West era has just begun. In the game, a robbery goes wrong, and Arthur and the Van gang need to run away. The gang must rob and fight their way to America for survival. Arthur has to decide on whether to follow his ideals and loyalty to the gang who raised him. The game is presented through the third and first-person perspectives. The gameplay elements include shootouts, heists, hunting, and much more.

A young hunter named Aloy embarks on a journey to discover her destiny. The scenery is in a lush world where nature has reclaimed the ruins of a forgotten civilization. The dominion over the new wilderness has been usurped by machines.

Aloy has never known the acceptance of a community or a mother’s embrace. Rost taught Aloy to survive any physical hardship and to scorn comforts as weaknesses. She is troubled by the issues of who her parents are or why she was cast out.

It is a historical tale of Amicia and her younger brother Hugo. The game is captivating, greatly developed with a great face model. They work through the darkest hours of history. Along the journey, Amicia and Hugo will come to know and trust each other well.

As they struggle to survive against odds, they will fight to find purpose in the unforgiving world. They move through villages that are devastated by the diseases. Ultimately, they will join forces with other children and evade swarms of rats. They will need to try their best to survive.

It is an episodic adventure video game that consists of 4 seasons. The game takes place in a fictional world as the comic.  There are events occurring shortly after the onset of zombies. Most of the characters are original to the game, which centers on the university professor and convicted criminal Lee.

They rescue and take care of a young girl called Clementine. Lee tries his best to reunite Clementine with her parents.  The game doesn’t emphasize too much on puzzle-solving but on the story and character development.

In this game, anything can happen; everything will. The game is in Hope County, which is the land of the free and the brave. It is home to the fanatical doomsday cult known as Project at Eden's Gate that is threatening the community's freedom.  The fate of Hope County is in your hands. You can either take the cult solo or team up with a fellow resister in co-operative mode.

The game allows you to use hired guns, friends, and fangs. The AI tracks the effect in your game and alters the enemy’s strategy against you. The other activities you can do are hunting, fishing, crafting, and much more before going back to your quest.

This is a game found on the post-apocalyptic open world in Pacific Northwest. In ten games, you step into the dirt flecked shoes of a former outlaw Deacon St.John who is a bounty hunter. He is trying to find a way to live in the death surrounded area. There is a need to be on top of everyone else in an attempt to survive in the harsh environment. There is a striking setting, brutal encounters, an ever-changing environment, and a compelling story.

In this game, you get to uncover the hidden wonders of Tsushima, an open-world action-adventure. It is available for PS5 and PS4. In this game, you get to forge a new path and wage an unconventional war of the freedom of Tsushima. You challenge opponents with your katana, master the bow to eliminate distant threats and use tactics to fight enemies. It is a multiplayer game that you will enjoy playing to the latter.

This game is a survival horror video game that follows an undercover agent called Kyle Crane. The agent is sent to infiltrate a quarantine zone in Harran. It features an enemy-infested, open-world city with a dynamic day-night cycle. The zombies are slow during the day but aggressive at night.

It focuses on weapons-based combat and allows players to choose between fighting and flight.  The quest is surviving in a city beset by a zombie virus. There are limitless options that you can use to confront your enemies.

In this game, the end is here. There are disturbing zombie outbreaks. Now you and a few scattered survivors must gather together to survive and rebuild a 3rd person action game in a dynamic, open world. You get to choose where to make your stand, design and fortify your home base. In addition, you get to perform daring raids for food and ammunition. You get to rescue other players using your talents. It is a single-player game.

This game is based on Spiderman tale adventure. In the game, Peter Parker is more masterful at fighting big crimes. He is trying to balance his chaotic personal life and career with the fate of millions of New Yorkers rest upon his shoulder.  You get to fight as Spiderman and feel the power of the superhero. You get to do dynamic acrobatics and environmental interactions. The adventure is in an interactive area, and you will enjoy playing.

It is a series of action-adventure video games based on the character Batman. The game has gotten great commercial success, widespread acclaim, and amazing narratives. There is the great voice acting, world design, and graphics.

The game is known as one of the best adaptations of Batman. The game focuses on Batman returning Joker to Arkham Asylum after arresting him in Gotham city. However, he breaks out. It is now  Batman’s role to stop him and his other foes.

This game takes you and your friends through the cities, swamps, and cemeteries. The game is set in the zombie apocalypse. You get to play as one of the four new survivors armed with a wide and devastating array of classy and upgraded weapons.  In addition, to firearms, you get a chance to take out some aggression with weapons ranging from chainsaws, axes, and a deadly frying pan.

You get to put the weapons to the test against three horrific and formidable new special infected. You will encounter five new uncommon and commonly infected mud men. There are over 20 weapons, new survivors, expansive campaigns, and multiplayer mode.

This is a 2020 action-adventure game. This is after the first release of The Last of Us in 2013. The game focuses on two playable characters in a post-apocalyptic. Their lives intertwine. Ellie sets out to revenge after suffering tragedy, and Abby, a soldier, becomes involved in a conflict between her militia and religious cult.

The game is played from a third-person perspective and allows the player to fight human enemies and zombies with firearms, weapons, and stealth.

All these games are exciting and adventurous. They are all like the last of us but with different gameplay. They are all thrilling as you try to meet your quest and defeat the various enemies in the different sections. They will help you relax and use your critical thinking to make decisions to help you prosper in the game.