7 Critical Tips to Be Successful in Overwatch 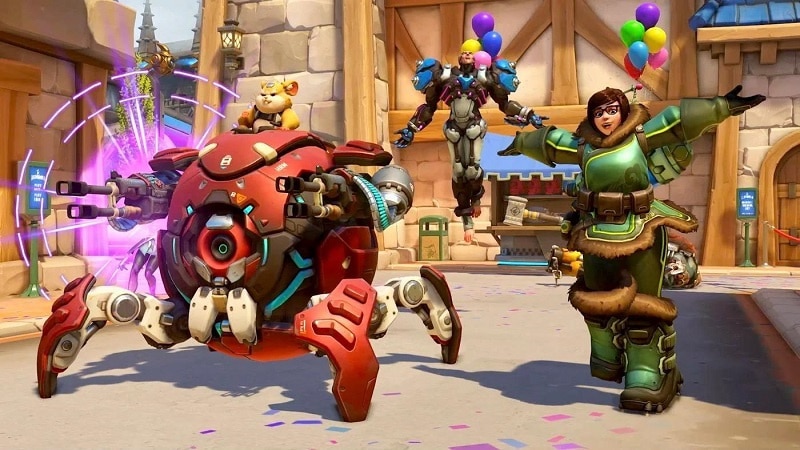 Overwatch, which was introduced to the game world by Blizzard in 2016 and has inspired many popular games, is played by thousands of people. With Overwatch 2 on the way, we've compiled everything you need to know about the game. This guide will give you a better understanding of OW, and if you're a newbie or need some help, you'll have every tip you need.

Overwatch is a game where the more time you spend, the better you can get. If you want your gaming quality to increase, spend plenty of time playing the game. If you do not have time for this, and if you want your account to progress to a certain level, then you should definitely try the Overwatch boosting service. Thus, you will save both time and effort.

So, come take a look at every tip we have prepared for you that you should check out while preparing for Overwatch 2!

There are 3 roles that can be played in Overwatch: Damage, Tank, and Support. In order to understand the mechanics and style of OW, it is essential to know the skills and characteristics of all of these heroes. Otherwise, you won't know what kind of position and reaction you should apply against which hero. For example, if you hear a voice-line saying “Fire in the Hole” on the map, you need to know that this is a Junkrat ultimate that is quickly approaching to destroy you.

Also, Overwatch is a game that requires a versatile playstyle. So don't limit yourself to one role — be open to learning everything about the game. Have at least one hero you play best in each role and take care to specialize in them. This way, you’ll always have a backup plan when you need to play other roles.

2. Be Ready to Switch Heroes at Any Time

Although this is not a strict rule, every game has a style of their own. This tip is one of them. There are a lot of maps in OW, and there are some compatible heroes according to any map. For example, if you're playing on Ilios, heroes like Moira and Symmetra are preferred. Mei, an annoying character, is usually preferred in Oasis. Of course, these are not mandatory. You can choose any character you want. There are also heroes that are more useful in some modes than others.

Constantly practicing and playing OW for a long time will definitely increase your gaming experience. In this way, you will have more control over the gameplay, and you will get better results.

Especially when searching for games in Overwatch, there are many modes that you can warm up to. You can practice aiming as you wish in modes such as Skirmish, Deathmatch, and Custom-Game, or you can try any character that you have not played before.

As you can tell from the title of this tip, OW is all about team play. If you're a DPS hero player, you won't be able to live even 10 seconds without your team's healers. Also, even if there is no tank hero, there will be no one to protect you. This also applies to Supports and Tanks. Therefore, we strongly recommend that you don’t fight alone unless you're playing an assassin hero like Sombra or Tracer.

If you take this Overwatch tip into consideration, you will see how you make a difference in the game. Most players who think they've won the round and try to flank their opponent can lose the round because of a mistake. Don’t leave your teammates too much; stay in their sight.

5. Use Voice Chat and the Ping System

Overwatch is very fast-paced, so it's hard to keep track of everything happening on the map. But providing critical and essential information such as the opponent's ultimates to your teammates will change the fate of the game. You can easily handle this using voice chat or the new ping system.

Especially if you are playing a healer character without mobility, the moment you see a DPS hero like Genji trying to kill you, you will have to ask your teammates for help. Voice chat is the ideal solution for these times.

Communication and coordination are musts in Overwatch. So definitely keep your teammates informed about your ultimate status or your next move. This way, you can make great finishers like the Zarya and Hanzo combo! We are sure that this tip will definitely come in handy for whichever character you play.

6. The Importance of Overtime

The only thing that can prevent a game from ending in OW is Overtime. And some players prefer heroes like Wrecking Ball, Tracer, or Moira by making sudden hero switches to put the round into Overtime. It's called “Touch,” which is an in-game term. The moment you touch the Point with any character, the game goes into Overtime, and you gain extra time.

That's why you can be your team's only chance. As someone who has played Overwatch for a long time, I can definitely say that one second of Touch can make you win. The moment you put the game into Overtime, you give your teammates time to catch up with the point. And before everything ends, an extra chance for battle is born. This tip is definitely extraordinary!

7. Regroup After Every Respawn

If you lost a battle and were respawned, wait for your other teammates to respawn. This is an OW tip that even pro players adhere to. We recommend doing this because regrouping is the key point for Overwatch. We told you before that OW is a team game. So, facing your opponent alone will not be of any use to you.