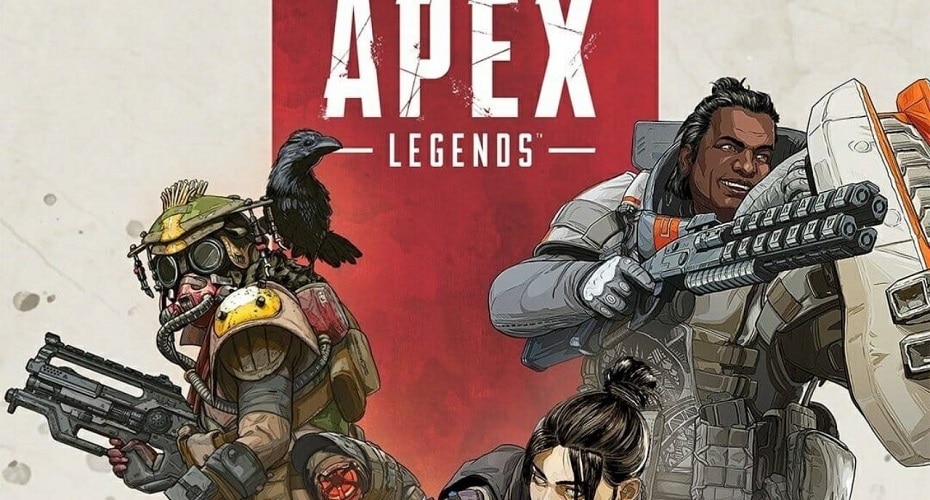 Apex Legends is a free shooter game that can be played on multiple platforms. If you are a fan of shooting games, then add it to your game list. Don’t miss out on the gaming experience.

The fugitive survival mode of Apex Legends attracts many players. It is a combat game that requires shooting to survive. It includes legendary characters, all with different strengths.

In the game, you get to choose your legend and team up. To be on top of the game, choose a team with players who possess unique skills. You get to use the different equipment to fight your way to the top.

This game is a third-person shooter. The storyline begins with the scarcity of the universe’s resources leading to the ecology becoming worse. When alien creatures invaded the earth, people fought back.

In PVP mode, you will play as a young man and compete with other opponents to determine the final winner and lead the group to save the village and protect the home.

In PVE mode, players team up to explore the world, save survivors, and fight monsters. What more would you ask for in a game? It is exciting, thrilling, and breathtaking.

The game offers 3rd person and 1st person combat in solo or squad modes. It has three classes that aid the player in the game.

One can select the glider, mountain bike, or grapple gun. Depending on what you choose, engagement with other players and movements within the game will be unique to the selection.

The game starts on the ground after selecting a start point; there is no parachuting from a plane or chopper. You then start looting nearby buildings for supplies to progress in the game.

A free-to-play first-person shooter (FPS)game with 100 players dropped onto the map. As the game progresses, sections of the map disappear.

This is different from other Battle Royale games where the play area shrinks. Once the last sector closes, a crown appears, and the player who can hold on to it for 60 seconds;is declared the winner. It is a thrilling game that will keep you on your feet to emerge as the winner.

Currently known as CRSED: F.O.A.D, players are randomly spawned on the map. By eliminating other players and avoiding the shrinking ring of death, the last player(s) win.

Cuisine Royale offers 1st and 3rd person gameplay. Its diversity allows one to play Solo, as a duo, or Squads (up to 5 players). In the game, you get to roam the map in search of weapons and vehicles to progress.

The game features supernatural elements like lunar gravity boots and health-boosting cigars. Additional skills include zombie summoning, temporary invincibility, and turning into beasts. Strive to attain the skills that will take you to the top in a blink of an eye.

The player controls a “pilot” and the Titans, who have unique abilities like wall-running and double jumping. Titan fall is an online multiplayer game, and the story is told through multiplayer matches. Dialogue and unique set pieces offer context to the fights in the mission. This makes it easier to understand the game and how to work around it.

An action-spell casting game set in the Hollow lands. In the game, you need to build your character (Battlemage) and master the different elements.

The major challenge is to explore the map and find the various elements in the game. These elements can be combined to achieve different attacks on enemies. The sole purpose of the game is to fight for power and treasure.

The genre of stealth gaming is credited to Wolfenstein as being one of the first of its kind. It is a stealth-adventure video game focused on avoiding or disarming enemies.In the game, killing is the last resort. Wolfenstein: Youngblood co-op is a drop-in/drop-out since the character is always with you.

An online multiplayer Battle Royale with 1st person and 3rd person gameplay. In the game, you need to jump off the plane and parachute in different maps available. You can play solo, as Duos, or Squads of up to 4 players.

The game accommodates 100 players in a single match. As a player(s), you require to search the buildings and arm yourself with supplies to survive enemies and the play zone.

A variety of vehicles are available for movement across the map spawn on roads and various garages. Be the last player(s) standing and get yourself a chicken dinner. Free dinner for you!

This is a team-based action game with a cast of powerful heroes. You will be required to select a hero to play.

These heroes have different roles and abilities. The typical abilities are;

Counter-Strike: Global Offensive is an updated version of the classic Counter-Strike. The game offers maps like Dust, Inferno, Nuke, Train, and more.

In this game, a newcomer has joined the reputable team rainbow: Thunderbird.  It is an FPS(first-person shooter game). In this game, you need to face intense combat, tactical decision-making, and explosive action. You get to experience a natural era of fierce firefights to make it through the various levels.

You get to use a wide variety of gadgets in the game to transform the environment into strongholds. To prosper in the game, use creative defensive methods to trap and defeat the enemies.

You get to enjoy the fame further through the use of new weapons, maps, and gadgets. This game allows you to compete against other players around the world.

This is an interesting game that you can learn how to play within a few minutes. You play as an inmate on the verge of survival, track each other, fight and use your social skills against the other 9 inmates.

It challenges 10 participants to fight for their survival. In the spectator experience, the viewers can choose to cast votes and place bets on who they think can emerge victoriously. There is also the show director who is the bridge between the players and spectators.

The survival elements include the craft tools, gears, and tracking your enemies. To win, you need to be the last inmate among the ten who survives.

The game is featured on a remote island. 16 contestants are given 25 minutes to explore the island. In addition, as a player, you get to search for items, craft weapons, build traps, hunt and kill each other.  Among the 16, only one should survive; will you be the one?

All the gameplay aspects are available for all the players. You can use real money available as tokens to buy cull crates and other premium items. You can either play solo or in teams of two. Matches last approximately 20 minutes.

You have to play cautiously to ensure you excel in all that you do. There are dozens of weapons like blades, axes, and spears that you can use to beat your enemies. The players get to customize their appearance to suit their looks. There are over 1500 cosmetics to unlock.

This is another free-to-play compact game. In this game, you get to join forces with your friends and battle with up to 150 players. Just like all other games, you have to fight your way to emerge as the winner.

There are a lot of rewards that you can get. Hence, you have to outsmart others to emerge the winner.  The three-game modes include; battle royale, resurgence, or plunder.

To get the game cash, you need to loot buildings and kill other players that have cash on them. The cash can then be used to gain killstreak and gas masks.

In this game, up to 100 players compete against each other. You need to be the last man standing in the deathmatch. You can either decide to play solo, as two or in groups of five.

In the game, you parachute into a random location on the map. You require to search for tools to defend yourselves.To compete, hunt for other players and hide well to ensure you don’t get killed early in the game.

As you progress in the game, you get to acquire weapons, equipment, and first aid kits. The game allows other players to create makeshift tools. A certain toxic gas is produced, which leads to many deaths. This causes a great deal of damage.

This is an amazing game that allows you to scavenge deadly weapons and powerful abilities to be a champion. Will you be able to survive while battling with 100 people in the game? Work with your squad to higher your chances of winning.

You get to discover powerful abilities to scatter across the realm, craft wonderful weapons, and use shotguns and snipers to out beat the enemies.

All these games like Apex Legends are some of the best. Not only are they exciting to play, but also thrilling. Imagine battling against 100players and turning out to be the winner? That’s a big accomplishment, right?

Try out any of these Games like Apex Legends and determine your fate. Don’t play alone; ask your friends to join in. There is nothing better than a great gaming experience.