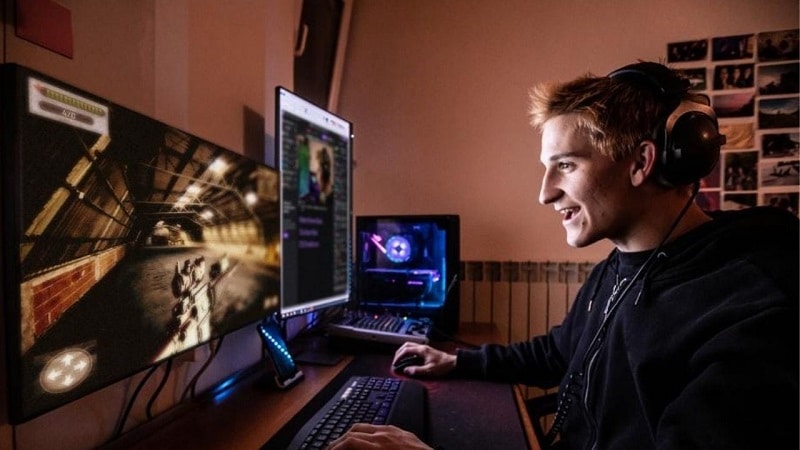 Live streaming and live video technology have become normalized around the developed world, with just about everyone having interacted with it in some way over the last few years. Be it through video chats or streaming an event, it’s been widely adopted, and it may even be the future of eCommerce if China’s market is any indication.

One sector that rapidly jumped on the live streaming wagon was gaming, with it even giving rise to an entirely new industry. Just as it’s a worthy alternative to YouTube, Twitch allowed for eSports to truly take off, as well as watching others play games for entertainment. Recently, live technology has been worked into games themselves, creating new and immersive entertainment experiences.

Some thought that the live gaming and streaming fad would be phased out through 2022, but it’s still going strong through several innovative games.

Easily the most expansive platform of live gaming right now is that found at the online casino. Not only does it feature live games of classics like roulette, blackjack, and baccarat, but the developers have also expanded to create new games just for the live experience. This builds on creating an online experience akin to that of being in a casino, and it also makes the gaming a novelty.

At the live casino, the giant wheel-spin format has become popular, giving rise to Monopoly Live, Dream Catcher, and Adventures Beyond Wonderland. Then there are the games drawn from popular slots, like Buffalo Blitz Live and Gonzo’s Treasure Hunt, and the popular TV game show Deal Or No Deal has made its way to the platform, with Deal Or No Deal Live and Deal Or No Deal The Big Draw.

One of the biggest and most popular live games to ever exist was HQ Trivia. After launching in 2017, the app boomed in 2018, drawing in millions of people at quiz times to reward real cash prizes. It became so popular that spinoff games were launched, such as HQ After Dark, HQ Words, and HQ Sports. However, rather suddenly, HQ Trivia came to a close in early 2020, going bankrupt.

Not long after, though, the game’s creators announced that a company came in to buy HQ and keep the app operational. Soon after, the live, real-time quiz game was up and running again, showcasing the appeal of these experiences. Now, HQ Trivia continues to run weekly quiz nights. Another quiz game has risen to prominence recently, too, YAS, which also runs live trivia and challenge games for real money.

Pub Hero’s taking a slightly different approach, adding a live game to live sports action. It allows for pubs and bars to host NFL predictor games. Customers in the venue can then sign in, watch the game, and compete with each other by making their predictions. It’s certainly not the same as the above live-streamed experience, but it does embrace the desire to interact in real-time and in the moment.

Live gaming adds a whole new level to the experience, making everything in-the-moment and all the more immersive. From live casino game shows and live trivia apps, there’s certainly a place in the market for games that happen in real time.

2 thoughts on “Live Gaming Continues to Go Strong Through 2022”