How Do Streaming Services Make your Experience as Realistic and Interactive as Possible? 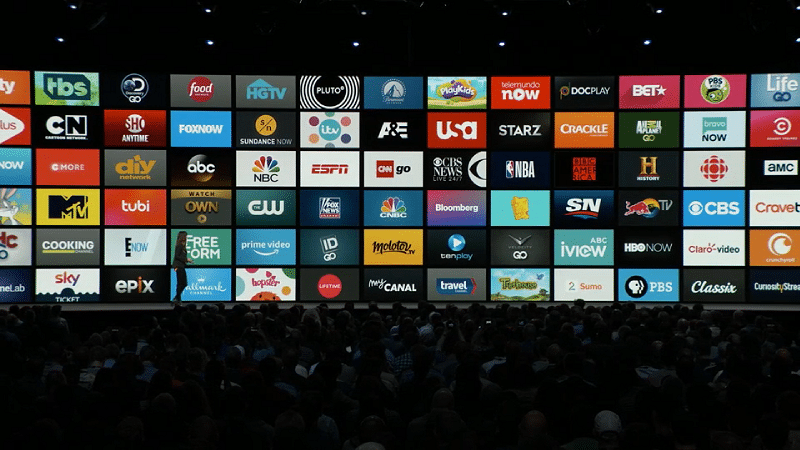 Live streaming has blown up rapidly in a short space of time. It first entered the mainstream with Facebook Live in 2016, and this feature became a worldwide sensation by 2017. In one year, the daily watch time of the videos quadrupled, and it was found that they produced more than six times the number of interactions found on regular media.

Now, live streaming can be found in almost every industry, and developers are working on ways to make it as immersive and realistic as possible. The prevalence of this platform is paving the way for extended reality, a concept that could outshine virtual reality in the years ahead.

Live Casinos Have Brought Games to Life in Players’ Homes

Before Facebook brought the notion of live streaming to people in their homes around the world, the online casino industry had used it to great effect for several years. Developers in the booming sector have always strived to recreate the physical casino experience in players’ homes and found that the live streaming of offerings like roulette was the perfect way to do that.

The fact that there are now countless live tables to choose from, such as Live Immersive Roulette and Live Ruby Roulette, highlights how popular this form of playing has become.

Some of the biggest studios in the iGaming sector have seen the power of live streaming and focused their efforts on improving these offerings in recent years. NetEnt is best known for its groundbreaking work in the slots market, which is another well-loved genre at online casinos.

But when the Swedish studio noticed the explosion of live casinos, it turned its attention to this and started producing NetEnt Live games. Facebook Live had a huge impact on online casinos, as it encouraged more sites to jump on the platform. This has led to major advancements in the user experience.

The concept of a live casino is to make players feel as if they are sitting at the roulette or blackjack table, just as they would be doing if they were staking chips in Las Vegas. The computer or mobile screen is the only thing that separates people from a real-world dealer who shuffles the cards and spins the red and green wheel.

They can hear all the classic sounds of the gambling house, and the only thing missing is the smell of the felt and the croupier’s perfume. As these game creators strive for even greater immersion and realism, it’s reasonable to think that introducing odors as part of a 4D experience could be next.

Twitch Now Includes Everything from Gaming to Sports

Twitch was another early pioneer of live streaming technology, and the famous video game streaming site has been using it to great effect since 2011. In the early days, it mainly featured gamers live streaming their progress in a variety of titles, allowing other people to watch from home. The beauty of it was that everyone had the opportunity to interact by commenting or speaking through microphones.

Caption: A clip about Amazon’s effect on Twitch.

The concept of Twitch dates to the early years of gaming when people would hang out at arcades and share the collective joy of seeing someone beat a game. When games became more advanced, this experience disappeared for a while. Twitch brought it back and made players from all over the world feel as if they were close to one another, enjoying the same feelings.

The incredible figures around Twitch speak for themselves, and within two years of its inception, the site had had 45 million unique viewers. This influenced Amazon to beat YouTube to the punch and purchase it for $970 million in 2014, and the behemoth eCommerce company then went on to focus on expanding Twitch’s services.

Twitch has always been immersive but, in the past, it could have been considered a niche site, centered only on gamers. To open itself up to as many people as possible, Twitch broadened its offerings, and it now goes way beyond the world of video games. The site has become a world-renowned hub for all things live streaming, and users can go there to discover a diverse range of realistic experiences from the comfort of their homes.

Since 2017, Twitch has been hosting a range of sports, bringing viewers closer to the action than ever before thanks to the interactive nature of the platform. For example, the NBA G games that have aired on Twitch for the last five years include synergistic statistics and commentary from famous Twitch celebrities. In the years since the introduction of NBA, NFL, wrestling, and hockey have all been shown on Twitch.

It doesn’t stop at sports or gaming, though. Twitch is now bringing people closer to all kinds of live events, from celebrations to music concerts. Because these are transmitted in high definition, viewers can get a sense of being there when they watch. It’s no surprise that live streaming continues to be one of the major platforms that developers are focusing on.

Around the same time that live streaming went mainstream, virtual reality was being touted as the next breakthrough in technology. While live streaming has been enjoying great success, VR has failed to take off and is in danger of being left behind. It is now being proposed that virtual and augmented reality could combine with live streaming to generate extended realities, otherwise known as XR.

Caption: A video about XR.

This could represent the next stage in making live streaming even more realistic, immersive, and interactive. Users may soon get the chance to put on a headset and find themselves transported to a real-world setting via live streaming. It could place them in the situation, rather than viewing it through a screen. People would still have the option to explore virtual worlds, but XR has a wonderful potential to advance a platform that already exists, and people love.

Live streaming has been around for more than a decade now, and the technology has come a long way in a short space of time. Immersion is the overall aim, as developers seek to create realistic experiences. Combining this platform with VR and AR in the future could result in XR becoming the next big thing.