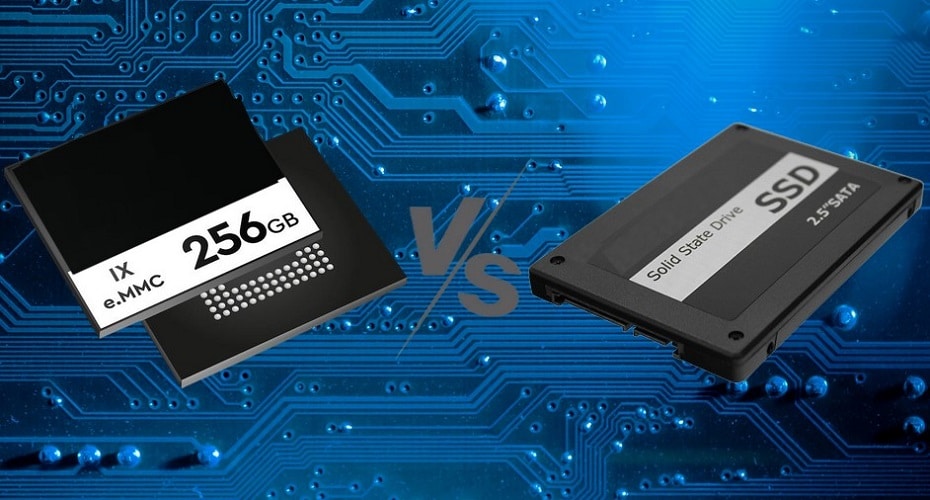 2You may have heard of SSD, but what about EMMC? What’s the difference between SSD and eMMC, EMMC vs SSD, and how should you choose? Read on to find out.

The embedded MultiMediaCard (eMMC) and Solid State Drive (SSD) have a lot in common. For instance, both of them use NAND flash memory which stores data without the need for power. That similarity notwithstanding, the two drives are very different from each other. For example, besides their large storage capacities, SSDs outperform eMMCs in terms of data read and write speeds.

Because of the differences in performance, eMMCs are typically found in portable budget electronics like some laptops, digital cameras, tablets, cell phones, etc. High-performance PCs, tablets, notebooks, and other consumer electronics that handle big data are likely using SSD drives.

With that being said, let’s look at some defining features and differences between eMMC and SSD drives. 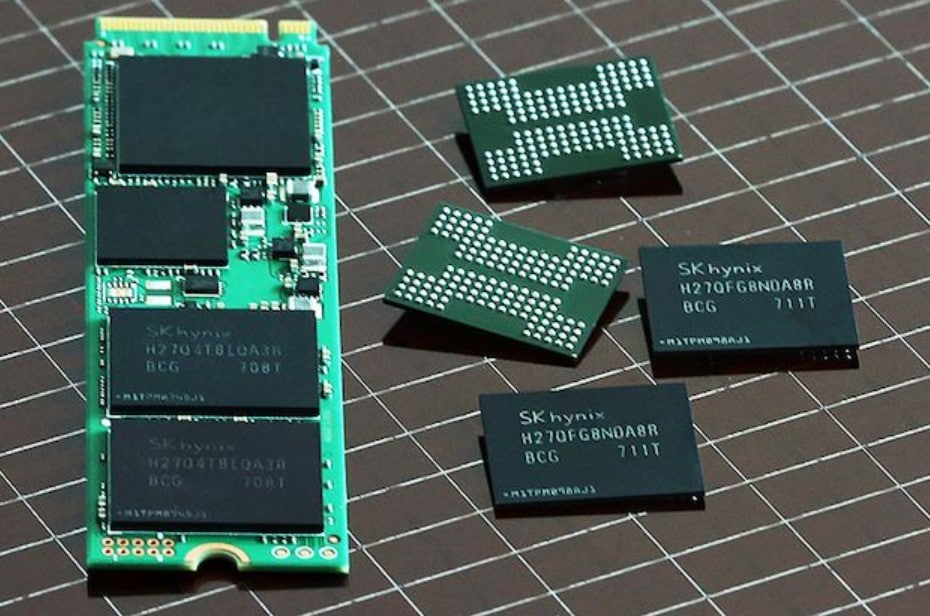 The Embedded MultiMediaCard (eMMC) refers to a type of storage typically used in budget laptops, tablets, phones, and digital cameras. It has a NAND flash memory, a basic bootable controller, and a USB interface. They are called “embedded” because the drives are soldered directly onto the motherboards of electronic devices. The Embedded MultiMediaCard (eMMC) utilizes parallel data transmission technology capable of handling limited data volumes at a time. Furthermore, these drives have far fewer memory gates compared to their solid-state (SSD) counterparts. 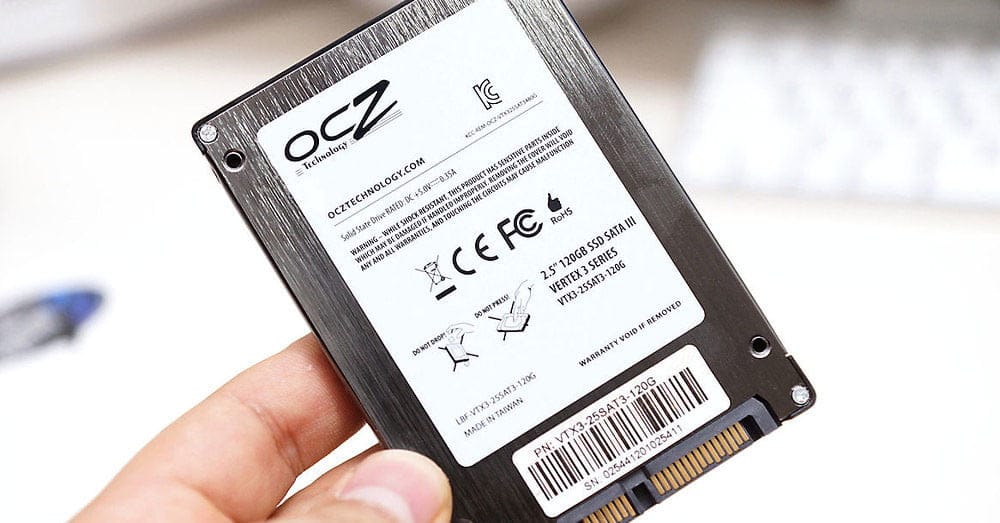 Solid State Drive (SSD) is a more sophisticated type of internal storage that utilizes integrated circuitry to hold data. SSDs are normally connected to a device’s motherboard via a SATA or PCle interface. Like eMMC drives, SSDs contain NAND flash memory chips. However, they deliver far better performance than SDs and eMMCs.

SSD drives and eMMC storage disks differ in their capacity specifications.  The eMMC drives are often used as temporary storage on portable devices such as budget phones, laptops, tablets, and digital cameras. They’ve considerably smaller storage capacities in the range of either 32GB – 64GB or 128GB – 256GB.

On the other hand, SSD drives are used as permanent storage media on devices with larger storage requirements. The storage capacities range from 128GB to terabytes. These drives are suitable for high-performance electronics such as gaming PC and tablets, among others. 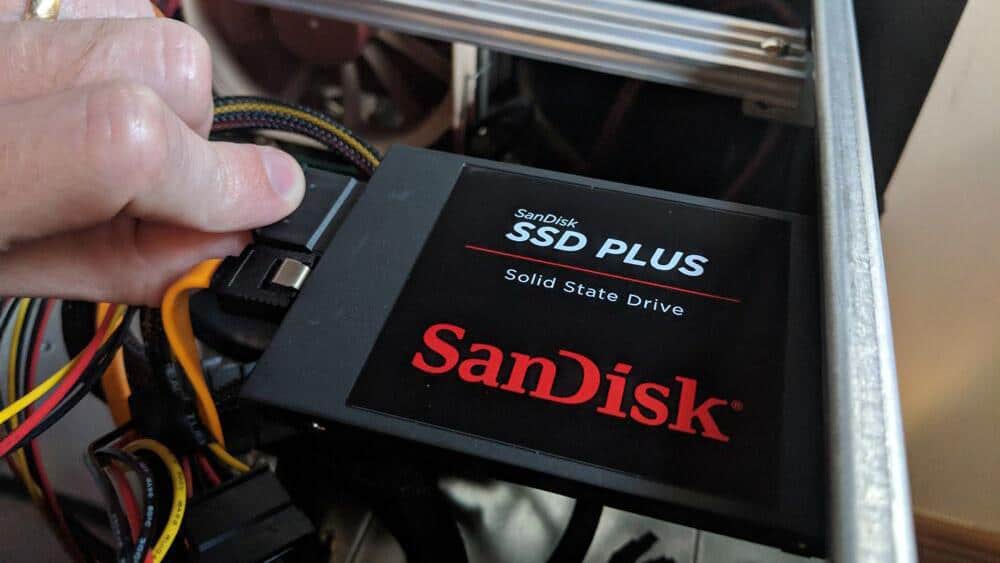 SSDs and eMMC drives both have different data transmission speeds.  For example, eMMC drives have a top data transfer speed of up to 600 MB/s. As such, they are best for the storage and retrieval of small file systems.

Check the table below for a comprehensive breakdown of the performance speeds for eMMC drives. 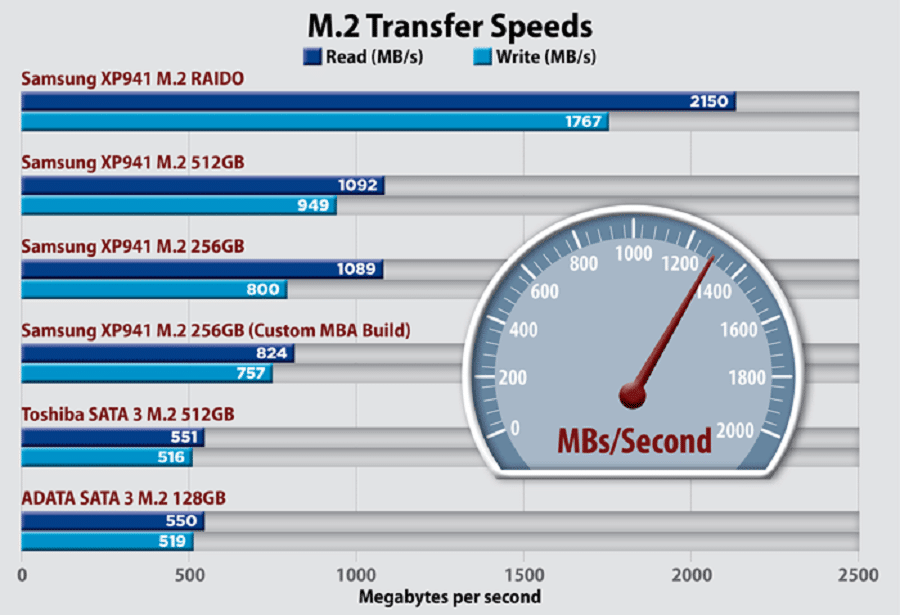 Check out the table below for a quick summary of transfer and write speeds for different SSD protocol versions.

Solid-state drives usually have a higher price tag compared to embedded MultiMediaCard. Typically, the average charge per gigabyte ranges between $0.20 and $0.25 for SSDs and, of course, much lower for eMMC drives. If you do the math, the price of an average capacity SSD comes to approximately four times more than the price of a traditional hard disk drive.

Even cheaper are eMMC drives, considering their small storage capacities and low-performance speeds. Here are price comparison tables for eMMC and SSD drives.

The eMMC drives can be migrated and used on another device when the original gadget is damaged or is simply no longer usable. However, considering the low price tag associated with most eMMC electronics, recycling these drives is highly unlikely because it’s not sensible in economic terms. 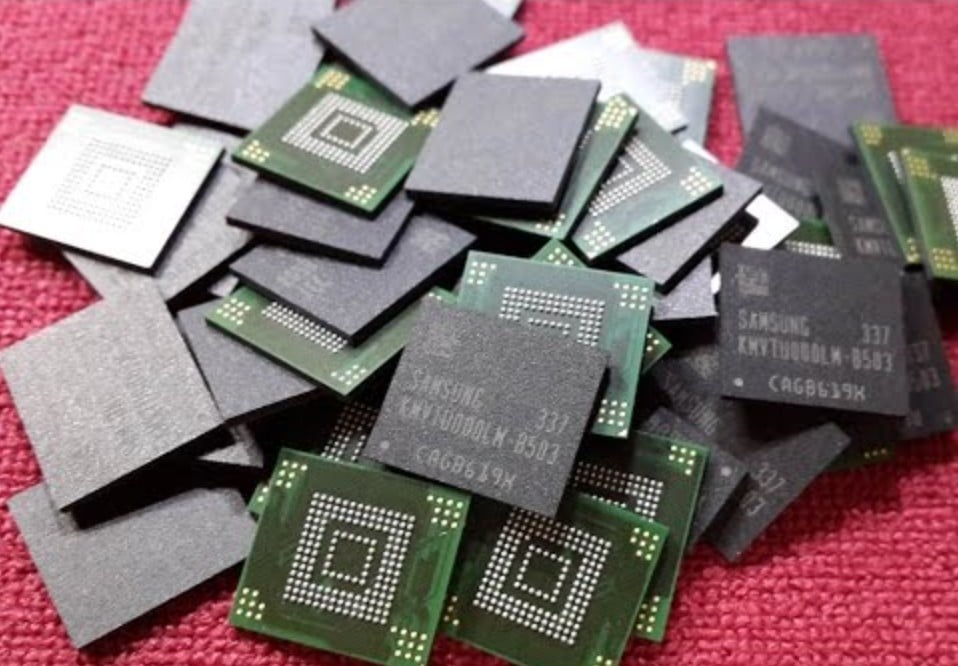 On the contrary, SSD drives are often reused. The architecture of these drives (the high-quality hardware, super-fast SATA or PCle interface, firmware, and multiple NAND flash memory chips) makes for their superior performance, longevity, and high price tag. Therefore, it only makes sense that SSDs be reused on other devices whenever the original device is damaged beyond repair. 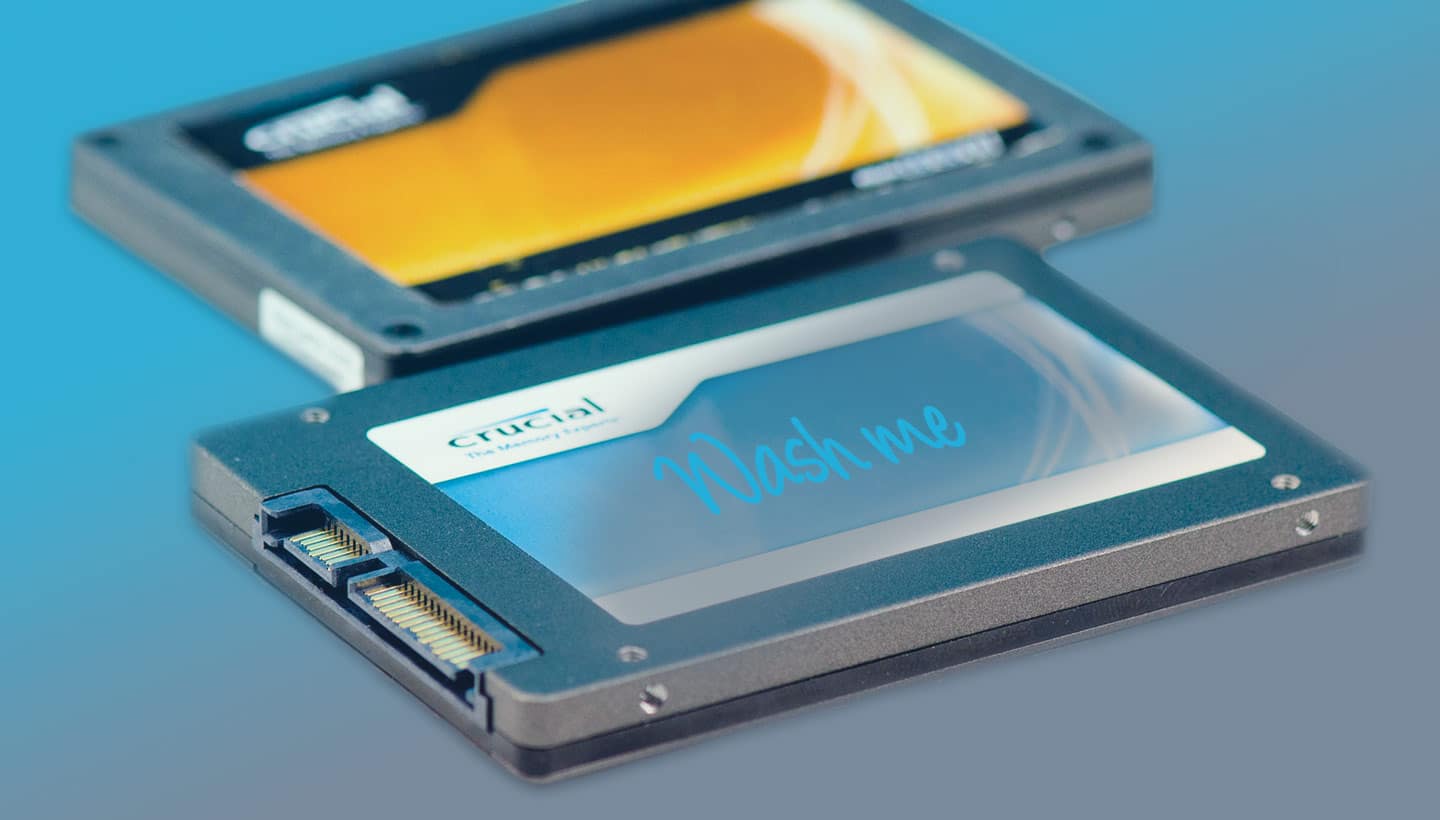 The Service Life/ Lifespan of the Drive

Embedded MultiMediaCards (eMMCs) have an average service life of 5 years. Modules with larger capacity have a longer lifespan than those with smaller storage spaces. Meaning, a 64GB eMMC will last much longer than a 32GB eMMC. The same is true for the 128GB and 256GB modules. Of course, the lifespan is also affected by the drive’s version and frequency of use i.e., the more an eMMC drive is used, the shorter its lifespan gets. The converse is also true. 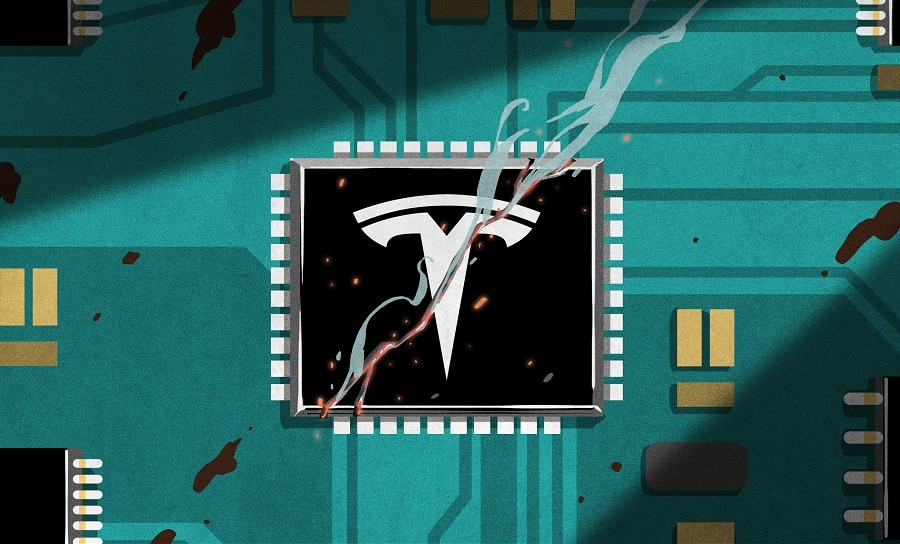 Solid State Drives (SSDs) have an estimated lifespan of 10 years. Be that as it may, the average service life of an SSD may be shorter or slightly longer depending on usage and a host of other factors.

The best way to explain the differences in the service life of both drives is to compare their storage mediums and program erasure time (PE).

As it is currently, eMMC drives utilize the Triple Level Cell Flash (TLC) memory that stores up to 3 bits of data per memory cell.

Though they pack more data per cell, TLC eMMCs have a characteristically short lifespan. Moreover, the high program erasure time of about 1,000 times also contributes to the degradation of eMMC’s NAND flash memory cells, thus further eating into their service life.

Unlike eMMCs, SSDs have no unified storage medium. Instead, the typing of SSDs is based on the number of memory cells available for writing data. The types include Single Level Cell (SLC) SSDs, Multi-Level Cell (MLC) SSDs, and Triple Level Cell (TLC) SSDs. The 3 types also have different programs erasure cycles (PE) i.e. TLC (1,000 PE) < MLC (1,000 – 3,000 PE) < SLC (10,000). All the 3 types of SSDs differ in terms of speed, reliability, and of course, lifespan, with TLC SSDs being the least durable while SLC SSDs are the most durable. 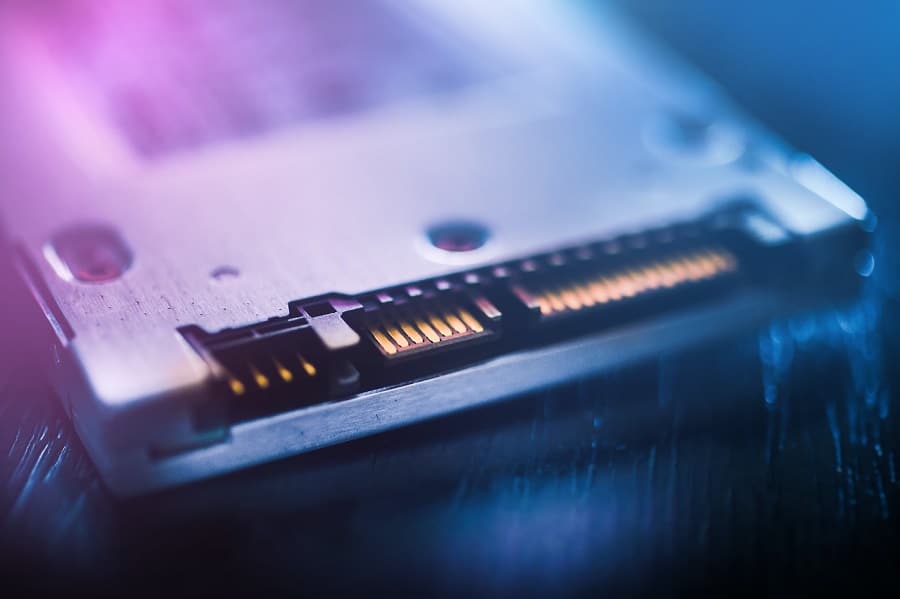 The differences in durability notwithstanding, SSDs have a much longer service life when compared to eMMC drives.

In fact, NAND flash memory cells are unlikely to exhaust their useful life (as often claimed). Instead, they’re seemingly rendered unusable due to damage to the NAND Master controller.

Application of eMMC and SSD drives

As aforementioned, eMMC drives are built for portable, low-power consumer electronics. Some of these gadgets include budget laptops, tablets, digital cameras, smartphones, and some smart home appliances. 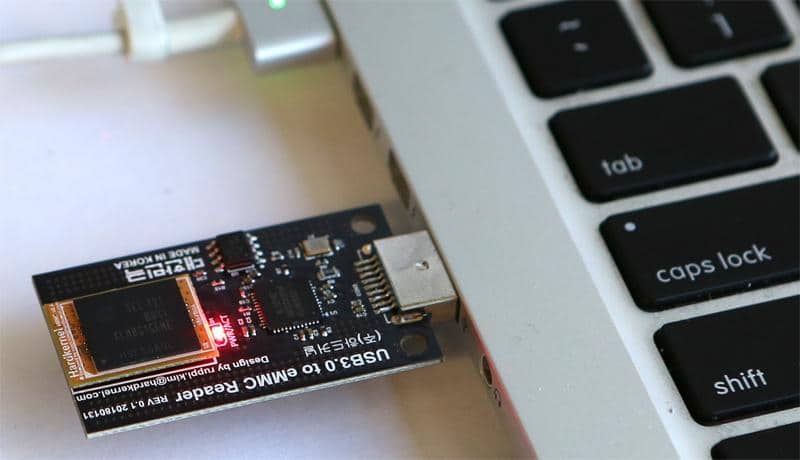 SSD drives, because of their comparatively superior performance, are found in high-performance PCs and tablets used for gaming or personal use. They’re also found in enterprise-grade servers. 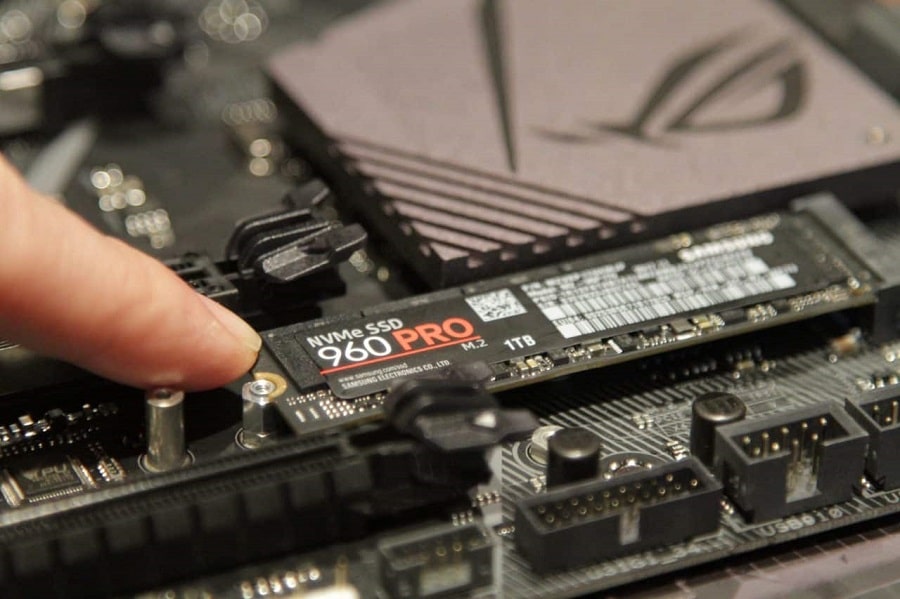 Which One Should I Buy?

When it comes to choosing between the two flash drives, your decision should be informed by, among other factors, performance expectations, durability, capacity, and budget. Even though eMMC drives are often used in portable consumer electronics such as mobile phones, tablets, and some laptops, they are slowly being replaced by Universal Flash Storage (UFS) drives that are comparatively faster at data transmission.

Among SSDs, SATA3 is a great pick for anyone looking for a solid-state drive that guarantees speedy data transmission, reliability, and durability.

1. Is eMMC better than an SSD?

Each of the drives is ideally suited for a particular purpose. For instance, while SSDs deliver much faster data transmission speeds and are ideal for the storage of large files, eMMCs are equally exceptional at handling smaller files.

2. Can you replace eMMC with an SSD?

However, if “replace” to you means to upgrade, then yes, that’s possible. You only need to ensure your laptop is compatible with SSD drives.

3. How long does eMMC last?

The average service life of an eMMC drive is 5 years. However, the lifespan can be much shorter depending on the capacity- larger capacity drives have a shorter lifespan than their smaller counterparts. The lifespan of an eMMC is also affected by the frequency of use. Drives that are often used have a comparatively shorter service life than those that are less frequently used.