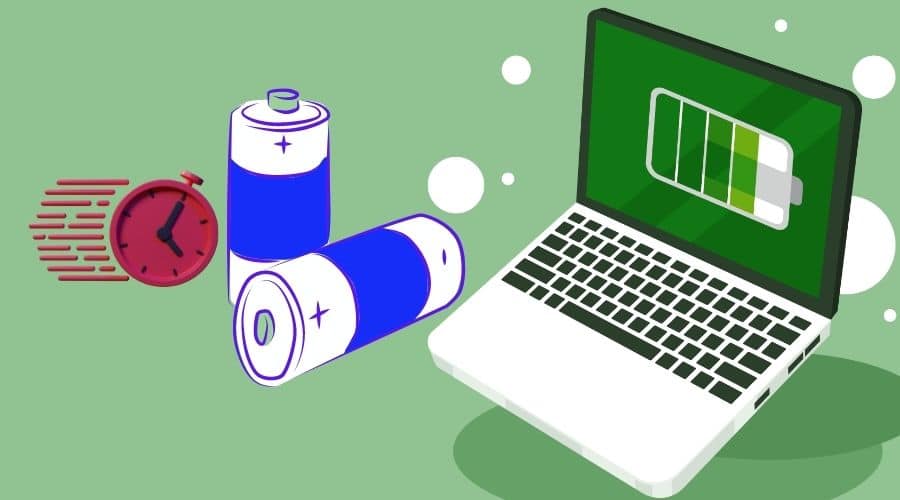 Perhaps the battery is getting old and not holding as much charge as it used to, or maybe you realized you couldn't afford to keep buying new batteries for your laptop every year. Batteries drain over time, so you'll inevitably need to replace them. Rather than spending a fortune on a new battery every time it dies, read on from this post for tips to make your laptop last longer. 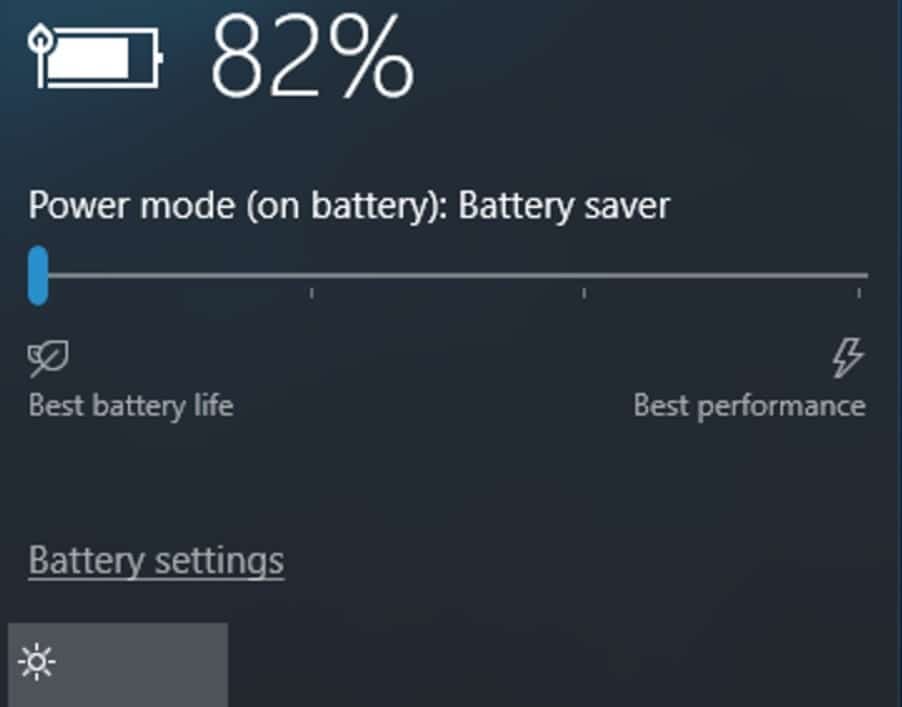 Battery saver mode automatically reduces the brightness of your screen, puts the computer to sleep when you aren't using it, and limits background activity, so you can focus on what you're doing.

It's already on by default, but if you turned it off, here's how to turn it back on: Go to Settings > System > Battery, and then turn Battery saver status until to On. 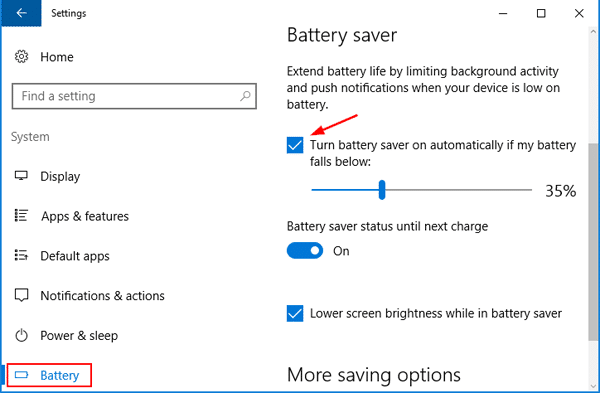 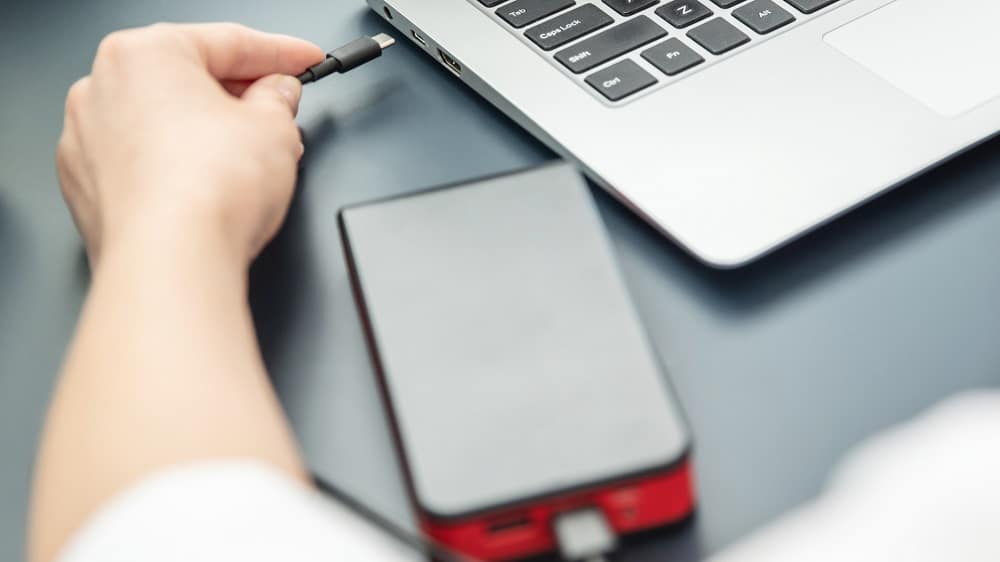 While plugged in, your laptop will attempt to charge any devices connected to it via USB, which can drain your battery while you're trying to use it. If you don't need them during a particular session, unplug anything external from your ports (like mouse and keyboard dongles) until you need them again. 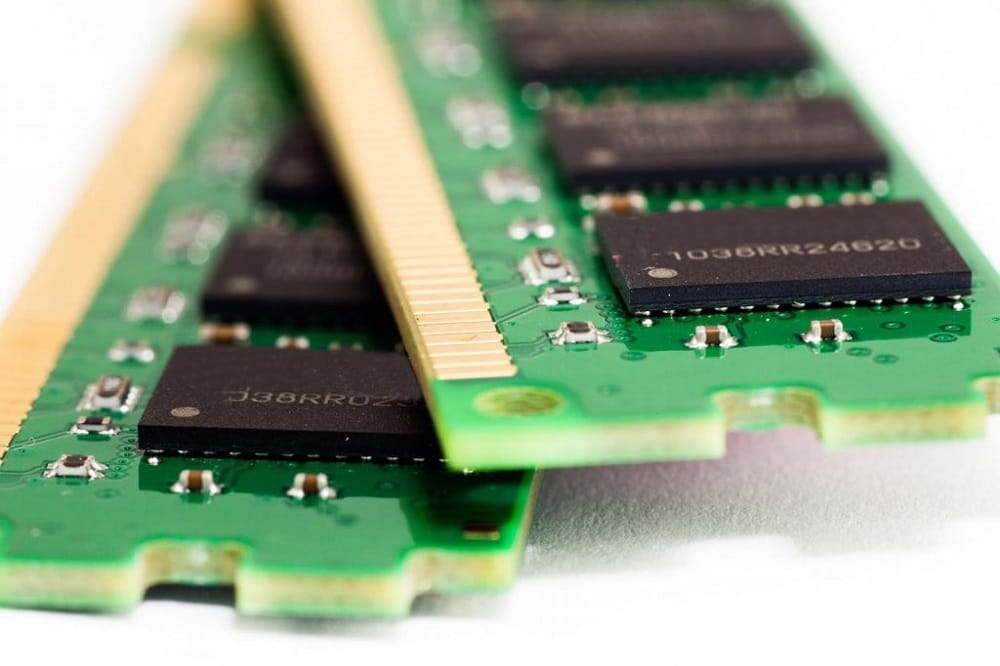 If you want your laptop battery to last longer, don't skimp on RAM (Random Access Memory). RAM holds the programs you're currently working on where they'll be accessed quickly by the central processing unit (CPU), so the hard drive won't have to do as much work spinning up more slowly. The more resources you give your computer, the less stress you put on its components, and battery life will improve.

4. Keep Your Laptop Out of Hot and Cold 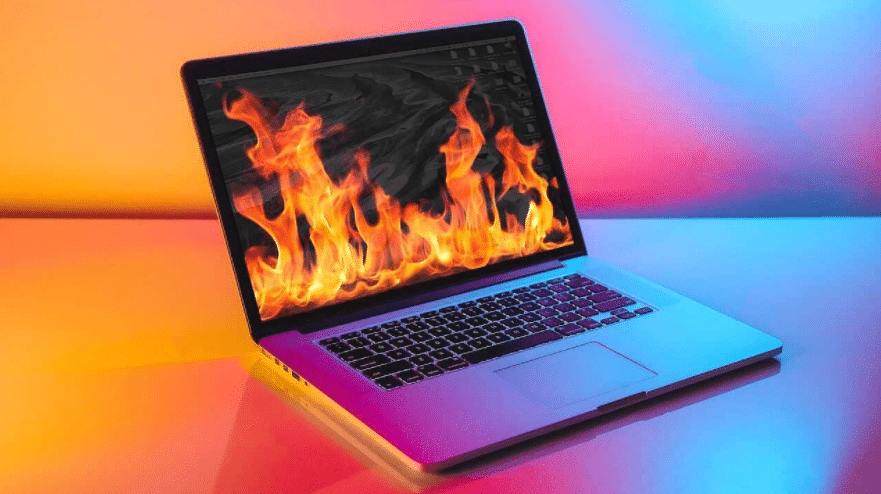 Heat is one of the biggest factors in reducing your battery life. According to Battery University, lithium-ion batteries will degrade faster when exposed to temperatures above 35 degrees Celsius (95 degrees Fahrenheit).

While laptops should be able to handle short periods of use at higher temperatures, constantly operating in warmer conditions will shorten the battery's life. You should also avoid leaving your laptop in direct sunlight or inside a car during the summer, even if it's powered off.

5. Turn Down the Brightness of Your Screen 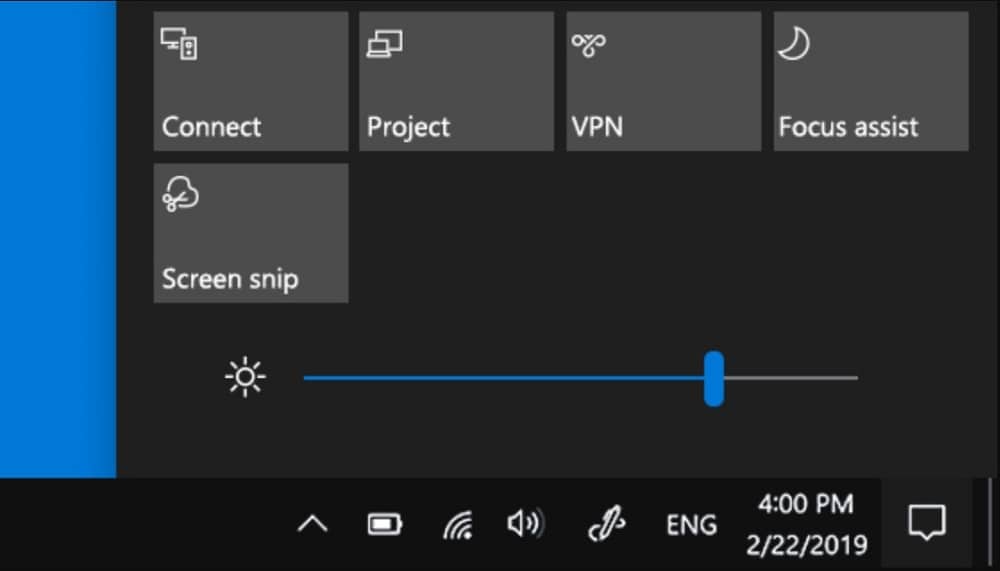 Most laptops come with screens that are brighter than they need to be. When you dim your screen, you can save a lot of charge by reducing the amount of power used by the display. 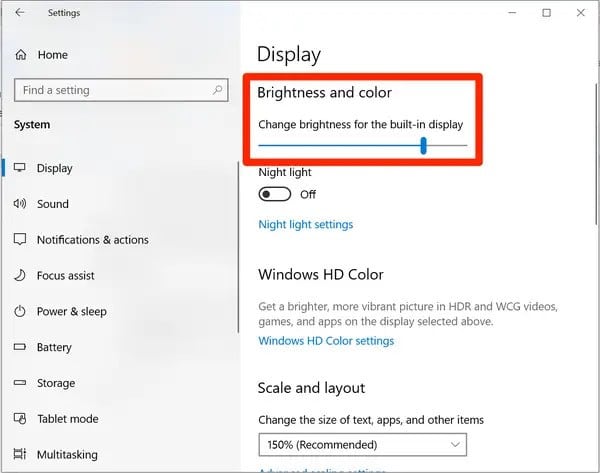 You could add up to one hour more of use for every hour you usually get out of your battery charge by turning it down. If you don't know how to change the brightness on your computer, consult the user manual or look up “change screen brightness” in an online search engine, followed by the make and model of your laptop. 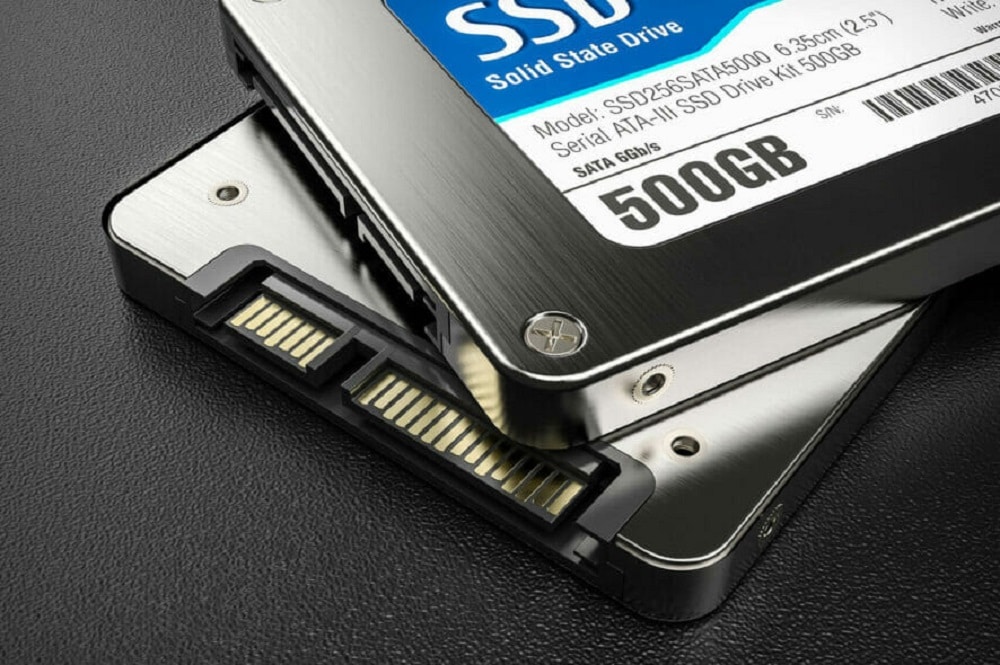 Solid State Drives (SSDs) use less energy than a traditional hard drive, which means your laptop won't need to work as hard and won't drain its battery as quickly. Upgrading an old laptop's hard drive to an SSD is one of the most effective ways to improve its performance. Besides receiving a longer-lasting battery, you'll notice faster boot times and more responsive programs. 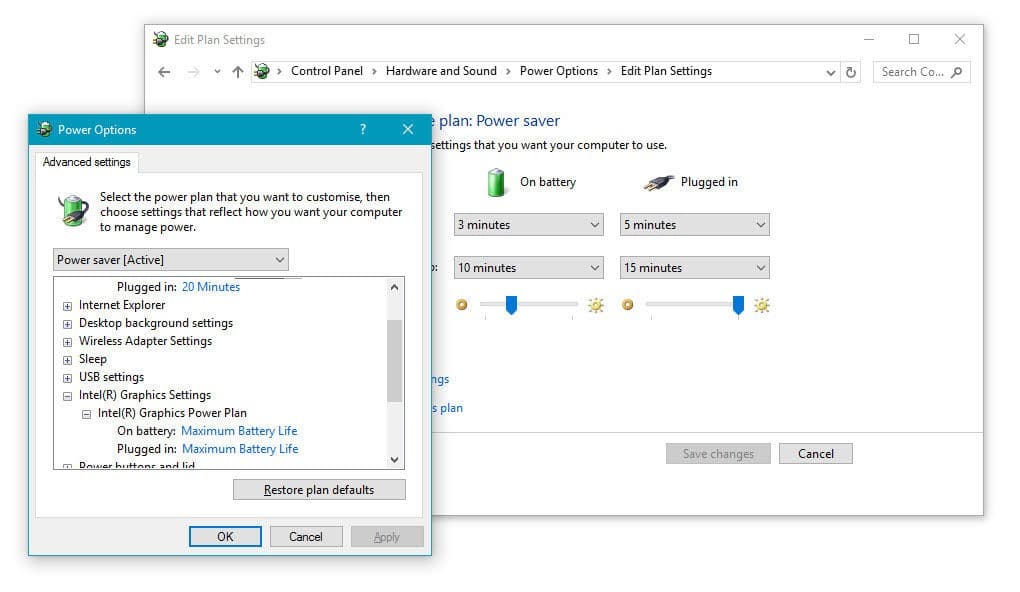 The most common reason for a computer running slowly is that it has too many programs open. So if you're finding that your laptop battery is draining faster, it should check the task manager for programs using an excessive amount of CPU, RAM, or GPU resources. If you regularly use high-end applications such as video editors, try closing them when you're not using them to extend your battery life. 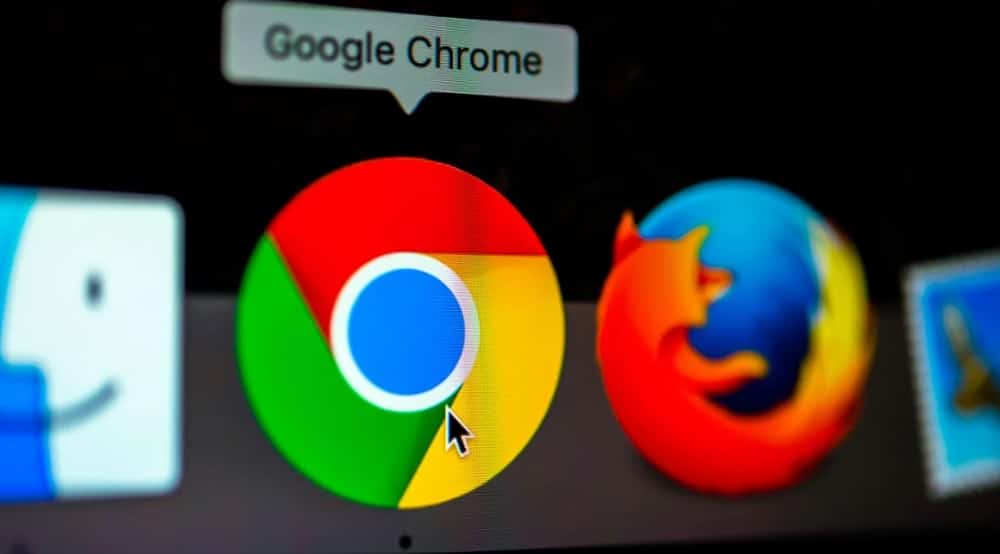 An easy way to improve your laptop's battery life is to stop having so many tabs open in your browser. Chrome uses more power than any other browser, and each additional tab adds to the load. One study found that having ten tabs open in Chrome would increase power usage by 10%. So if you have 20 tabs open, you could add an extra hour of run time by switching browsers or simply closing some tabs.

9. Extend Your Laptop Battery Life by Removing the Battery.

Some laptops and netbooks offer you the ability to extend your device's battery life by removing the battery entirely and using a power adapter. Most batteries have many cycles they can endure before they become useless. If you are constantly charging your battery to full and then discharging it to nothing, you will discharge your battery much faster than if you never let the charge drop too low.

By removing the battery, you extend its life by keeping it in a fully charged state. It sounds like an odd solution, but if you have a laptop that allows for this feature, it is good to take advantage of this option.

The brighter the image, the more energy it takes to display it. A dark screen uses less energy than a bright screen, so choosing a darker background can preserve your battery life. If your laptop lets you customize your background, try changing it to something darker or lower in contrast; however, be careful not to sacrifice clarity for darkness. The easier it is to read what's on screen, the better off you'll be in the long run. 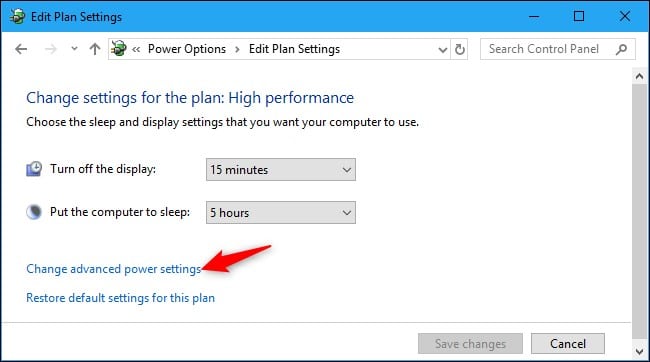 Every operating system has its built-in power conservation options. Look in the settings menu of your computer and see which settings will save you the most power (for example, some will allow your screen brightness to reduce automatically when on battery power) and change them so they work best for you. This can help save up to 20% of your battery life with little inconvenience.

Laptop computers are an expensive luxury, especially in an age of declining budgets. One problem with these invaluable machines is their short battery life. All laptop users get frustrated occasionally when the battery dies right in the middle of something important. Fortunately, you can use the above ways to extend your battery life to ensure that this doesn't happen to you.