What Is Instup.exe? Is It A Virus Or Malware? 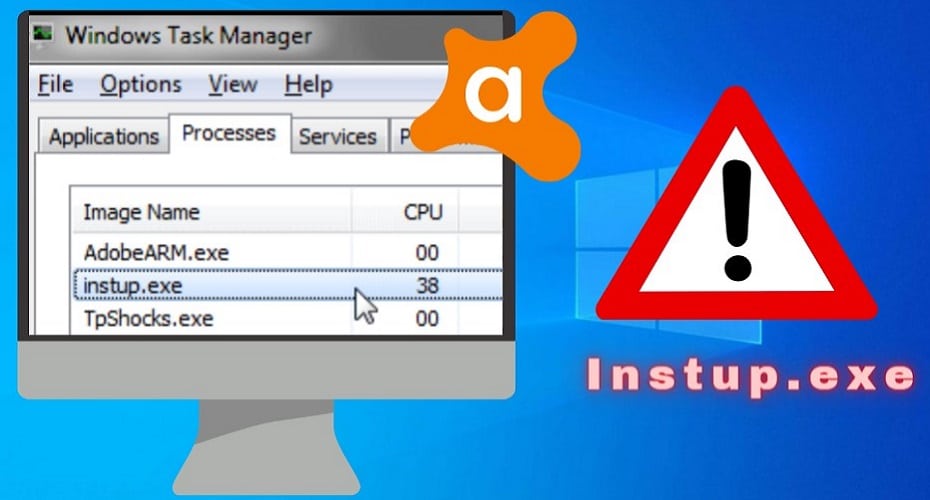 Instup.exe is a component of Avast Free Antivirus software. The process file runs the installer and virus definitions updater for Antivirus program.

Avast is an antivirus program available for non-commercial or home use only. The program is available for devices across a range of operating systems – Windows, Android, and Mac OS.

When installed on a Windows PC, the free antivirus program normally comes along with the Instup.exe process, which stands for Avast Antivirus Installer and Virus Definition Updater.

It’s noteworthy that Instup.exe is not an essential Windows system file. As such, it can be removed if found to cause problems on your PC.

However, it is generally harmless and often only updates the installed antivirus program. The file is located in

In this comprehensive guide, you’ll find more details about the Instup.exe process. Keep reading for the details….

Instup.exe is an executable file belonging to Avast Antivirus software. It is not an essential Windows system file. The Avast Antivirus Installer is generally a safe program file that rarely harms your PC.

However, at times it’s associated with high CPU usage, and error alerts every once in a while. If you think it is causing trouble on your PC, you can remove it, and then all shall be well.

Is Instup.exe Safe, or is it a Virus? 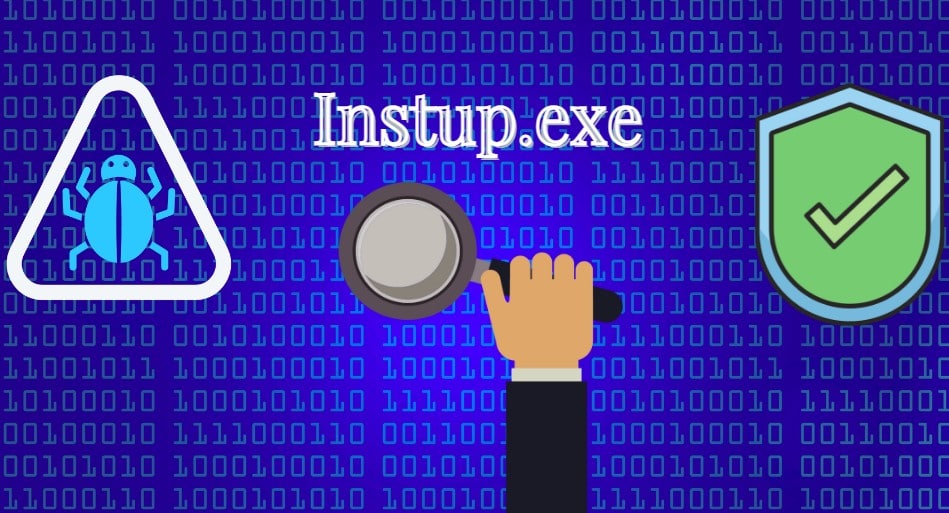 Instup.exe is not a virus. Instead, it is a legitimate program file by Avast Software. The genuine Instup.exe has a file size of only 3.19 MB and is located in

The instup.exe file runs in the background and serves to provide your Avast antivirus with the latest security and virus definitions updates. Even though it is considered a safe program file, sometimes it might cause some issues with high CPU usage.

In some cases, a virus program may assume the name of the genuine Instup.exe file and cause problems with your system. There are different methods for verifying whether the instup.exe file on your PC is genuine or a virus. Below are the main ones:

How to determine if Instup.exe is Genuine or a Virus

You can check the location of the instup.exe file on your PC via the Task Manager. Here are the steps:

Step 2: On the Task Manager screen, click on the Details tab.

Step 4: Right-click it, and from the menu options, choose the Open file location.

If it is a virus, you are most likely going to see a different file path than the one indicated above.

The legitimate instup.exe file can be located through the Program Files folder located in Local Disk C by navigating this file path:

You should be able to locate instup.exe via the Setup folder.

You can also determine whether the instup.exe on your PC is genuine or is a virus by simply checking its digital signature via the Task Manager. Here are the steps:

Step 1: Right-click on the Start button, and then from the menu options, select Task Manager.

Step 2: On the Task Manager window, click on the Details tab and then scroll through the list of running programs till you locate exe.

Step 3: Right-click on it, and from the options, choose

Step 4: On the Instup.exe Properties window, click on the Digital Signatures tab.

Step 5: Under the Name of Signer, you should see Avast Software. If there’s a different name, the file is likely a virus masquerading as the genuine instup.exe file. In such a case, the best remedy would be to remove it from your PC immediately.

Should I Remove Instup.exe from my PC? 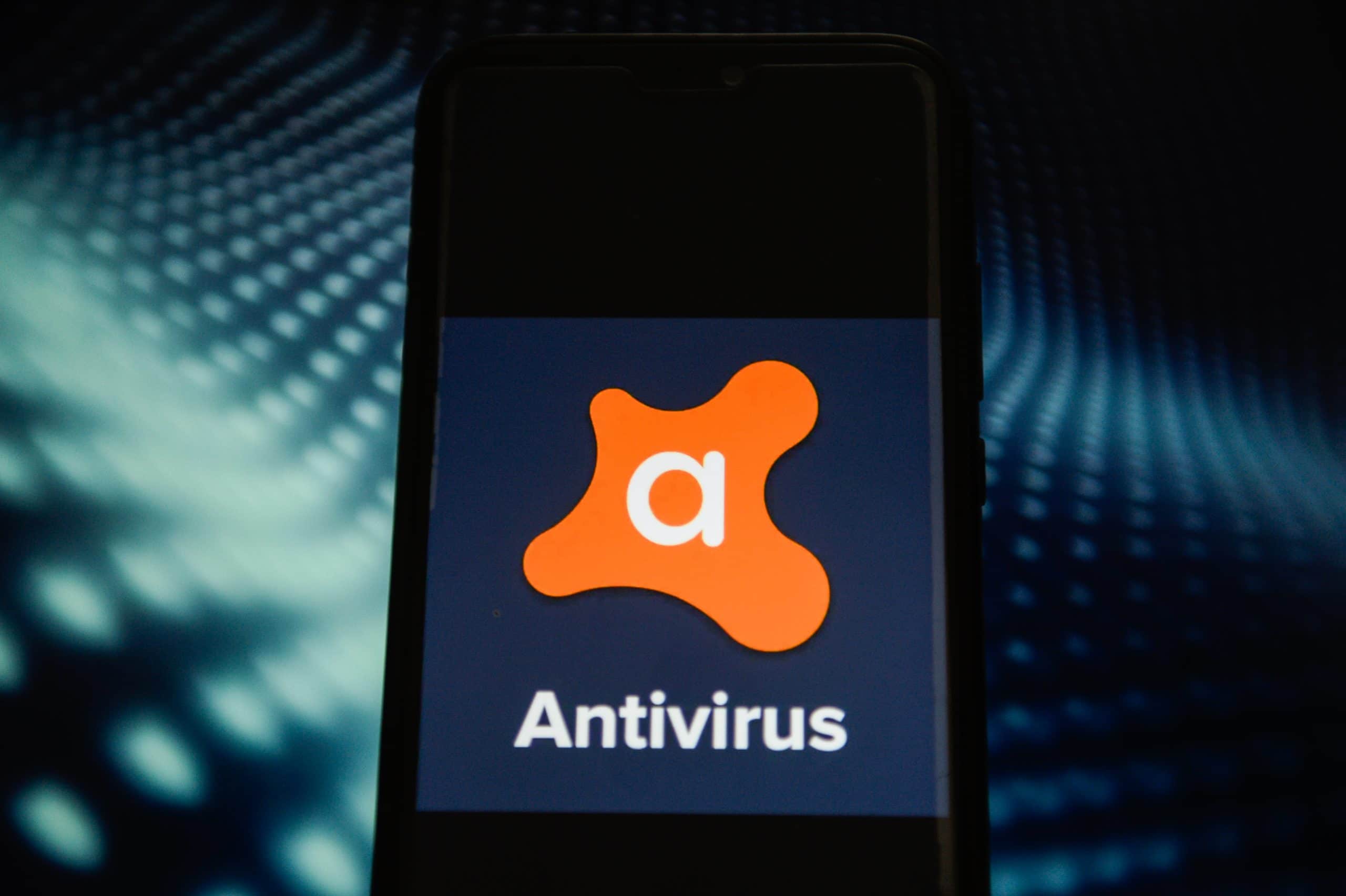 If you have Avast installed as your primary antivirus software, you should not remove Instup.exe from your PC unless you have ascertained that it is causing problems on your PC.

Also, if you confirm that the instup.exe on your PC is a virus file, it is advisable to remove it.

Aside from these very rare circumstances, the program file is safe and should not be removed from your PC.

Standard error Messages Due to Instup.exe 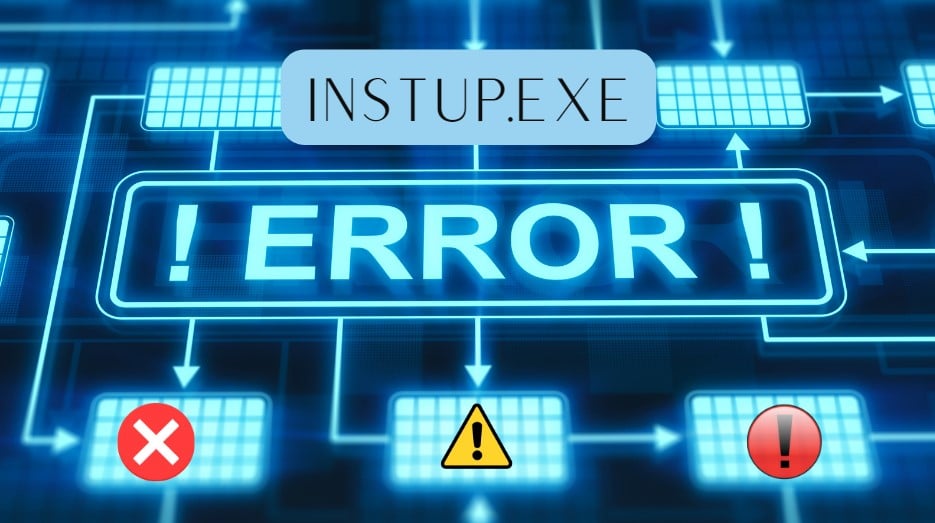 If the Instup.exe file on your computer malfunctions, for some reason, you may see an error alert on your screen. Here are a few common error messages associated with Instup.exe.

1. exe: This program is not responding

You will see this error message on your screen if you have Instup.exe is unable to new updates on security and new virus definitions on Avast antivirus on your PC.

2. (instup.exe) – is not a valid windows 32 application error

You might see this error alert on your screen if you have installed new antivirus software, besides Avast, that considers the instup.exe to be being in an unknown location or having a different digital signature from other system files.

3. (instup.exe) missing or not found

This error alert may appear if the Avast antivirus program on your PC is due for updates but can’t find the instup.exe file responsible for providing it with the security and virus definitions updates.

How to fix Instup.exe errors on your PC

There are different methods you can use to resolve Instup.exe related errors. Here are a few options that you may use: 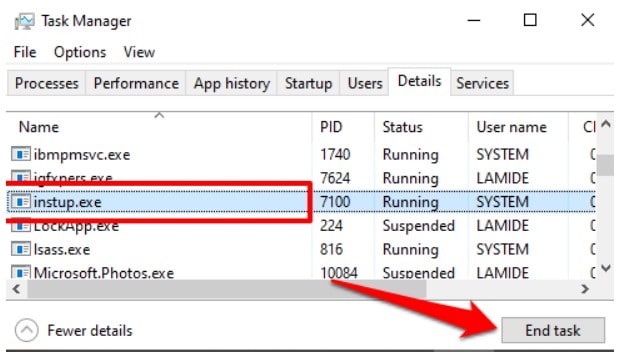 A fast way to fix instup.exe error alerts is by temporarily stopping the process via the task manager. Follow these steps:

Step 2: Click on the Details tab and locate the instup.exe process.

Step 3: Click to highlight the program file and then, at the bottom of the Task Manager screen, select End Task.

Step 4: Restart your PC for the changes to take effect. 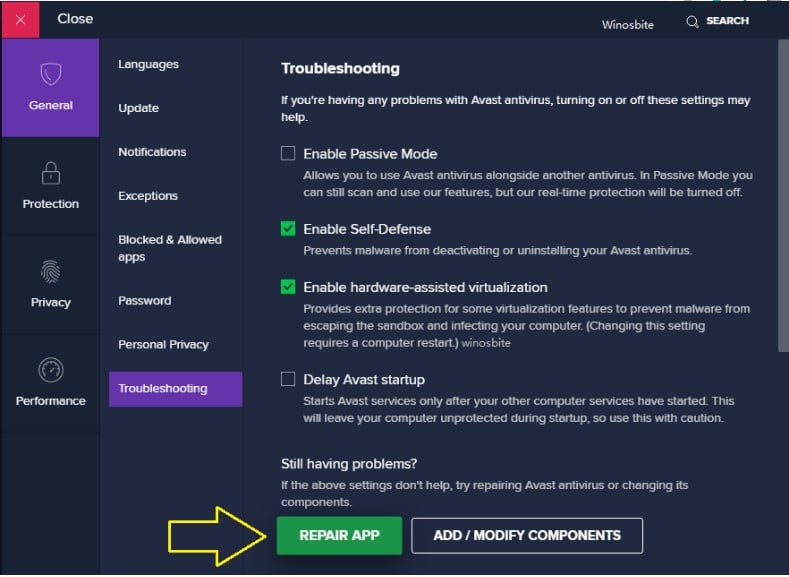 To use this method, follow the steps outlined below:

Step 3: Next, click on the Repair App option at the bottom of the Avast console.

Wait for the repair process to run to completion, then restart your PC for the changes to take effect. That should be able to fix the instup.exe errors on your PC. If you are still seeing the alerts, then try the following method. 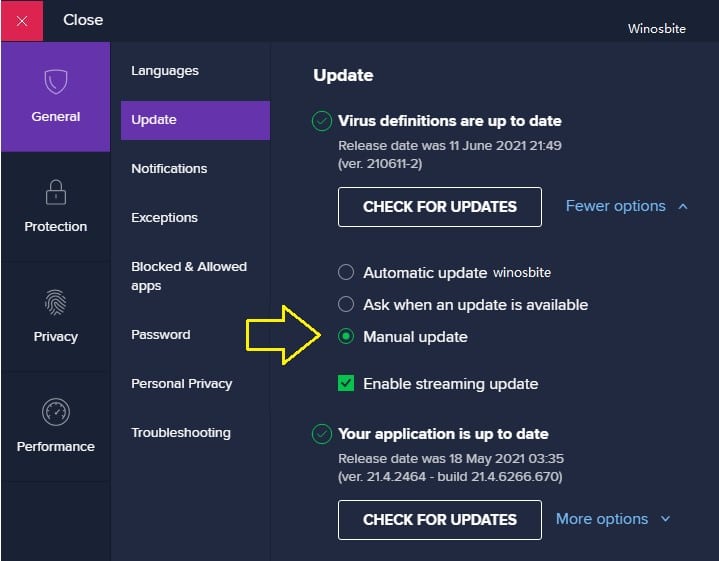 Another way to fix instup.exe errors is by disabling the automatic updates feature. Proceed as follows:

Step 1: Launch the Avast antivirus UI and then click on

Step 3: In the middle pane under Virus Definitions, select More Options, and then in the radio options, choose Manual Update.

Step 4: Reboot your PC for the changes to take effect.

Yes, sometimes Instup.exe may cause high disk usage. This is usually the result of a virus infection or a slight glitch in the Avast security and virus definitions updates. However, the process is often very low on disk usage.

Q. How to check GPU usage of Instup.exe?

You can check the amount of GPU allocation for the instup.exe file via the Processes tab of the Task Manager.

Q. How do I stop the Instup.exe windows process?

There are different methods to go about this process. You may choose to uninstall the program file via the System Settings or terminate the process via the Task Manager.

While the former method permanently stops the instup.exe process, the latter only stops it temporarily to auto-restart on system reboot.