How to Unblock Youku? 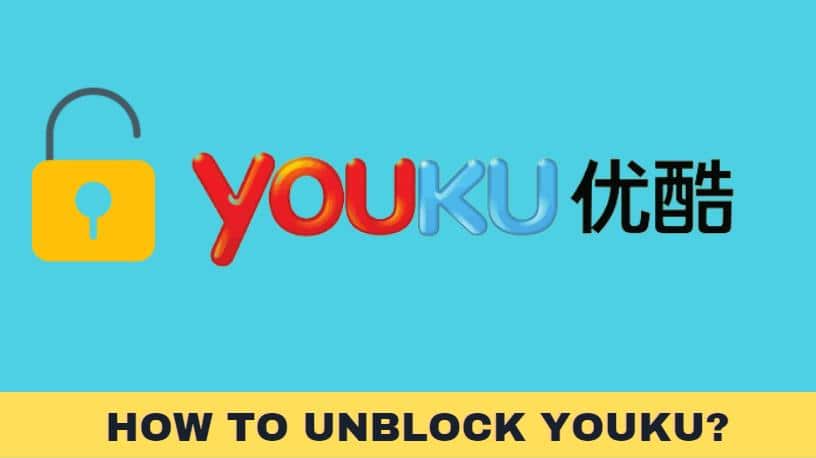 Youku is a popular China-based website which allows you to watch free videos, movies and TV shows on your computer, laptop, tablet, and mobile phone via internet connection.

Youku is absolutely free website to play movies in HD and watch free TV shows but unfortunately, this website could not access to any other place than China. To maintain the bandwidth of server, the company has limited the Youku access to Chinese users only.

So, if you are based in any other country than China, then you are not allowed to surf website while if you tried to surf Youku on your internet connection then you will probably see the message of services not allowed in your area.

There are several ways through which you can change your IP address to China if you are from outside China while these different ways of unblocking Youku include both methods which are free and paid as well.

So, go with those VPN companies which has a number of servers in different cities of China. Finding a VPN company who offers you IP address of China could be a bit difficult as many companies claim to have Chinese-based IP address but you know about the reality once you purchase their services and found that China is not locating in their list of IP addresses.

There are two types of VPN available on the internet which includes free VPN to unblock Youku and premium VPN to unblock Youku. I would highly suggest you go with a VPN company which comes up with premium services because by purchasing a premium VPN you can access Youku fast and smoothly without getting any unwanted ads in the middle of movies you are watching on Youku.

So, go with ExpressVPN who are offering best VPN for China to unblock content including Youku. The internet did not just run fast on ExpressVPN but also the HD movies play very smoothly.

Unblock Youku on Chrome and Firefox

Google Chrome and Firefox are the most popular web browser and almost every user has one of them on their computer system. There are a number of plug-ins for Firefox and free extensions for Google Chrome available in their extension markets which allow you to change your IP address.

So, you need to install those extensions or plug-in in your computer system to surf Youku for free. The popular free extension name includes ZenMate VPN which is 100% free. You cannot use these extensions to watch HD movies on Youku but also use them to surf those websites which are blocked in your country or blocked by the internet service provider.

Using an extension on Google Chrome and Firefox does not require any expertise. Simply install the extension and use the extension options to change your IP address to China. Within seconds, all the content of Youku will be unblocked and you will be able to watch movies and the latest TV shows on Youku for free even you are not living in China.

Before you go with Google Chrome and Firefox extension, you must know that there are some disadvantages are attached to them. For example that you have to compromise with internet speed because the same server is used by other numbers of users while you may get unwanted ads on your computer screens while you are watching your favorite movie on Youku.

Using a web-based proxy is one of the freeways to unblock any type of website including Youku. Simply use the search engine to extract the list of free web-based proxy which allows you to play movies in HD and entered the website address to unblock Youku. But as compare to other ways like VPN and browser extensions,

The web-based proxy could be a bit irritating because most of these proxies earn money by serving ads to their users. So, if you are using free proxy to watch movies and new TV shows on Youku then be prepared to watch a number of different weird ads.

Although sometimes these web proxy force you to visit different websites and download free software on your computer system. Also, one of the biggest disadvantages of using a web-based proxy is that you have to compromise with internet speed because the same proxy has been used by other internet users too.

Also, there is the list of free proxy also available to unblock Youkun. These proxy IP addresses are used in web browsers like Chrome, Firefox, Explorer, and Safari to change the IP address of your browsers. Like using a web-based web proxy, using browser-based proxy could be a bit challenging if you have not used it before. You need to configured browser’s network settings to unblock Youku.

Last, You are probably living and working in China and interested in knowing how does a VPN works in China.
As you might know, the Chinese government is controlling the internet in China by filtering incoming and outgoing connection.

It means that if you are trying to visit Twitter.com or Youtube.com for example, the China Great Firewall will detect that you are trying to access a blocked website. You may use Expressvpn to unblock those websites when you're traveling and working in China.