What is Ethernet & How Does It Differ from WiFi? 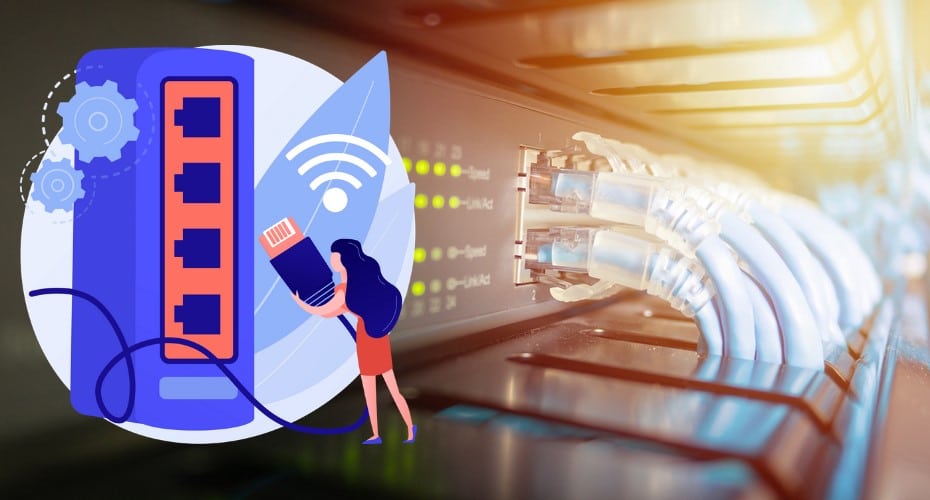 By reading this article, you will have an in-depth understanding of what Ethernet is and a clear distinction between Ethernet and WiFi. Finally, help you make informed use decisions.

A computer network consists of the server, computers, and connecting devices. Communication within a network is controlled by a protocol that prevents conflict of data flow.

The server holds the shared resources, programs, and operating system. Therefore, the computers in the network can access the resources. An essential part of a network is the connecting devices and the cables.

It is not possible to have an efficient and reliable computer network without using Ethernet cables. We are going to discuss what ethernet is and why you should use them.

Ethernet is a wired network serving a small geographic area. An Ethernet is a traditional technology that connects computers in a Local Area Network.

Ethernet is an interface between devices in a network. It only transmits data in the form of frames. The frame is a pattern that has the source and destination addresses. It allows bit synchronization.

What Does An Ethernet Cable Do? 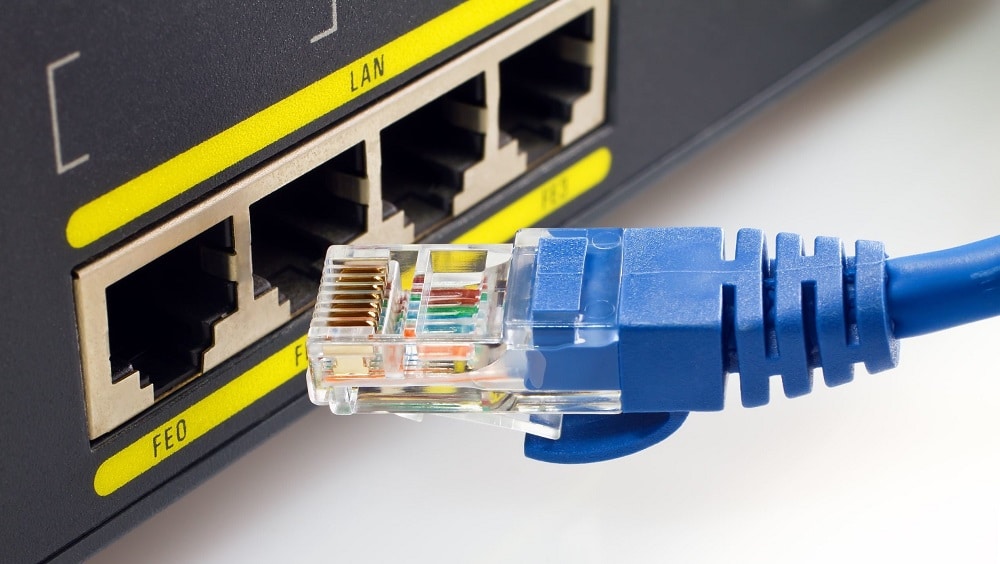 Ethernet cables physically connect devices in a network. The most common use for an Ethernet cable is connecting a computer, telephone line, or an internet entry port to a  Wi-Fi router or modem.

You can use an Ethernet cable to connect your TV, computer, printers, or other devices to a network.

The most basic structure of an Ethernet cable consists of four twisted Pair cables inside a  case.

Other cables have star filler or a spline that gives them a round shape.

The cables are susceptible to electromagnetic interference. Therefore, some cables have shields to protect the twisted pairs. The unshielded cables experience electrical noise and reduced connection quality.

The cables are attached to RJ45 connectors. The connectors have eight positions that allow the eight contacts to fit in.

The Cat5e cables are upgraded versions of the Cat5 Ethernet cable.

The Cat6 cable is an upgrade to the cat5.

They allow faster speeds of up to 10Gbps. They have a bandwidth of 250 MHz.

They are shielded with a thin augmented foil to block electromagnetic interference. The cables are stiffer than Cat5 cables. Therefore, they cannot be used around corners.

The Cat6a is an upgrade of the Cat6 cable.

It has double the bandwidth of the Cat6 Ethernet cable. It can allow speeds of up to 10 Gbps.

These versions of the Ethernet cables have a shield to protect them from electromagnetic interference.

The Cat7 cable offers speeds of up to 10Gbps. The cable can transmit data over a distance of up to 15 meters. They support frequencies of up to 600 MHz

The Cat 7 cables have a shield to reduce electrical noise and to eliminate crosstalk.

The latest standard of the Ethernet cable is the Cat8 version. It is exceptional because it can support fast speeds of up to 40 Gbps. They have a bandwidth of around 2000MHz. They are expensive and are used in data centers. 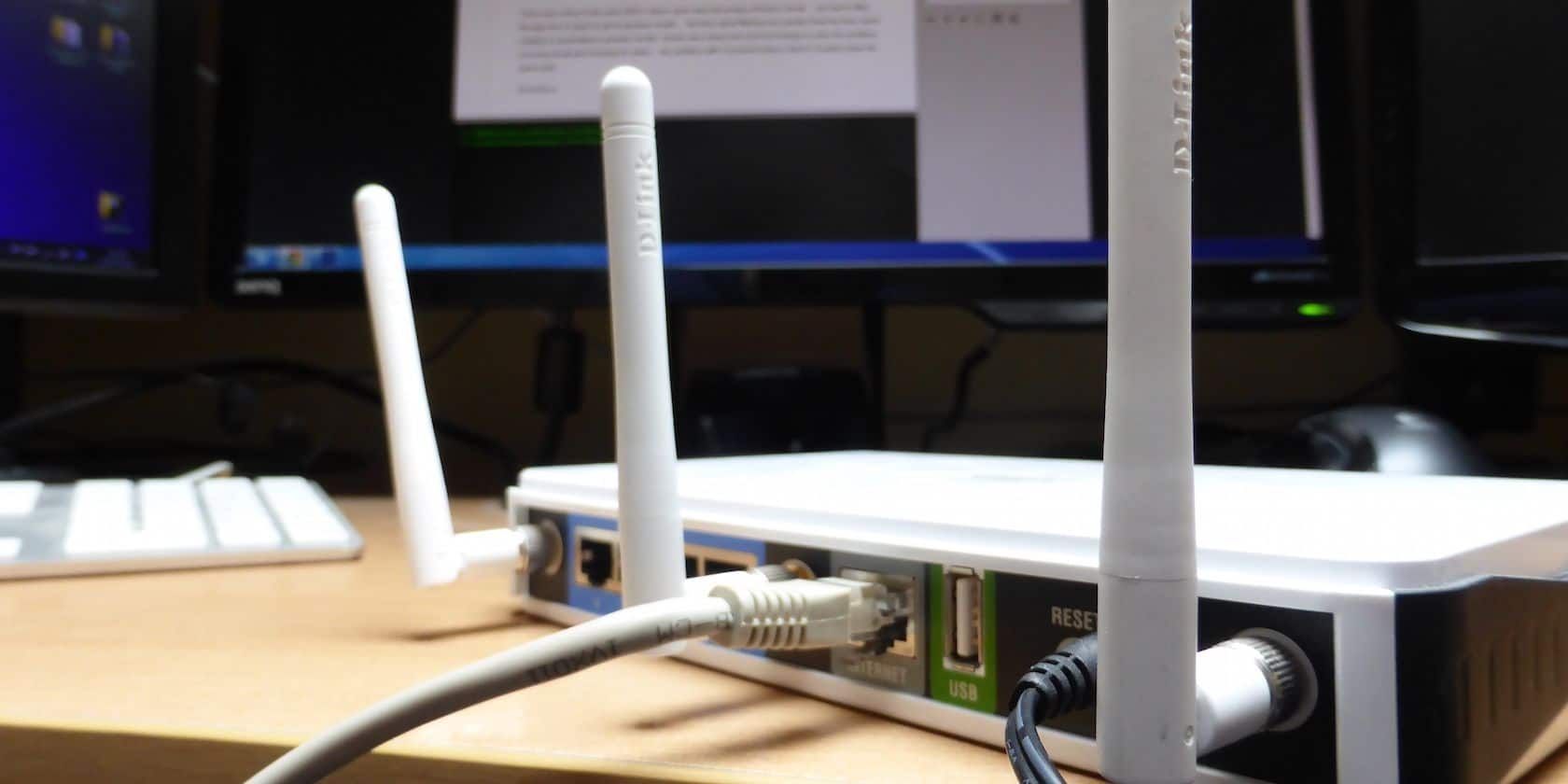 Wi-Fi is a wireless network technology that allows users to access a network and the internet. Wi-Fi uses radio waves to connect devices to high-speed internet.

On the other hand, Ethernet is a wired network connecting a Local Area Network. We use Ethernet cables to connect all the devices needed in the network. It connects routers, switches, repeaters, computers, printers, and any other device within the network.

Ethernet is almost always faster than Wi-Fi. The Wi-Fi speed depends on the standard. The new standard known as 802.11ac has speeds of up to 867 Mbps. The older standard has speeds of up to 150 Mbps. Remember that this speed is shared with the devices and is not attainable in reality.

The Ethernet cable also depends on the category of cable you are using. As mentioned earlier, the cat5 cables can allow speeds of up to 1Gbps. The Cat6 cable can accommodates maximum speeds of around 10 Gbps. You can quickly transfer your files and enjoy quality streaming.

Ethernet connection is more secure compared to a Wi-Fi connection. It is possible because data on an Ethernet cable can only be accessible to you when you plug the cable into your device. It is difficult to intercept the data. On the other hand, Wi-Fi travels through radio waves. Anyone who has the password can access the wireless connection and the network.

A Wi-Fi connection quality is compromised when the signal is blocked by objects such as walls, furniture, and power lines. The connection is affected by external interference that can block the signals.  It may result in lowered speeds, high latency, and poor signal quality.

An Ethernet connection is more reliable than a wireless connection. It experiences little interference from the surrounding. Using shielded cables can block off electromagnetic noise.

An Ethernet connection offers faster speed when transferring large files from one device to another. A Wi-Fi connection has slower speeds and depends on many external factors. In terms of latency, it will take less time for files to get to a destination when using an Ethernet connection. Wi-Fi has a higher latency.

Other Uses for Ethernet 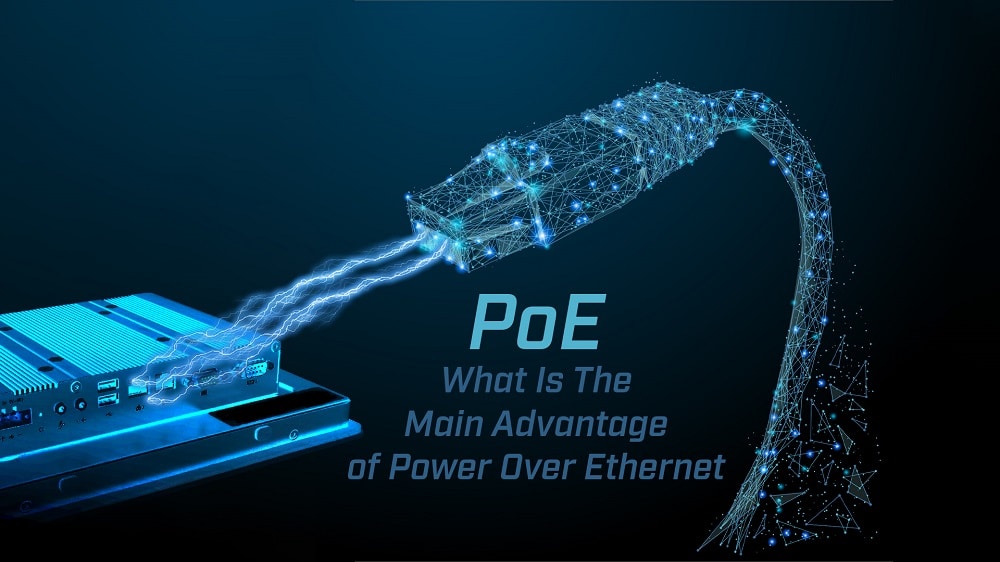 Power over Ethernet is a technology that allows an ethernet cable to carry electric power.

The technology allows the cable to carry data up to 1000Mbps and up to 90 W of power to the destination.

The technology is governed by a body called IEEE. It regulates how the equipment should operate for compatibility.

Power over the internet is applied in VoIP, CCTV cameras, and wireless access points. The system is cost-effective because you won't need to install a power system. Ethernet cables are less expensive than power cables.  There is no need of hiring an electrician to do the work of installing power outlets. 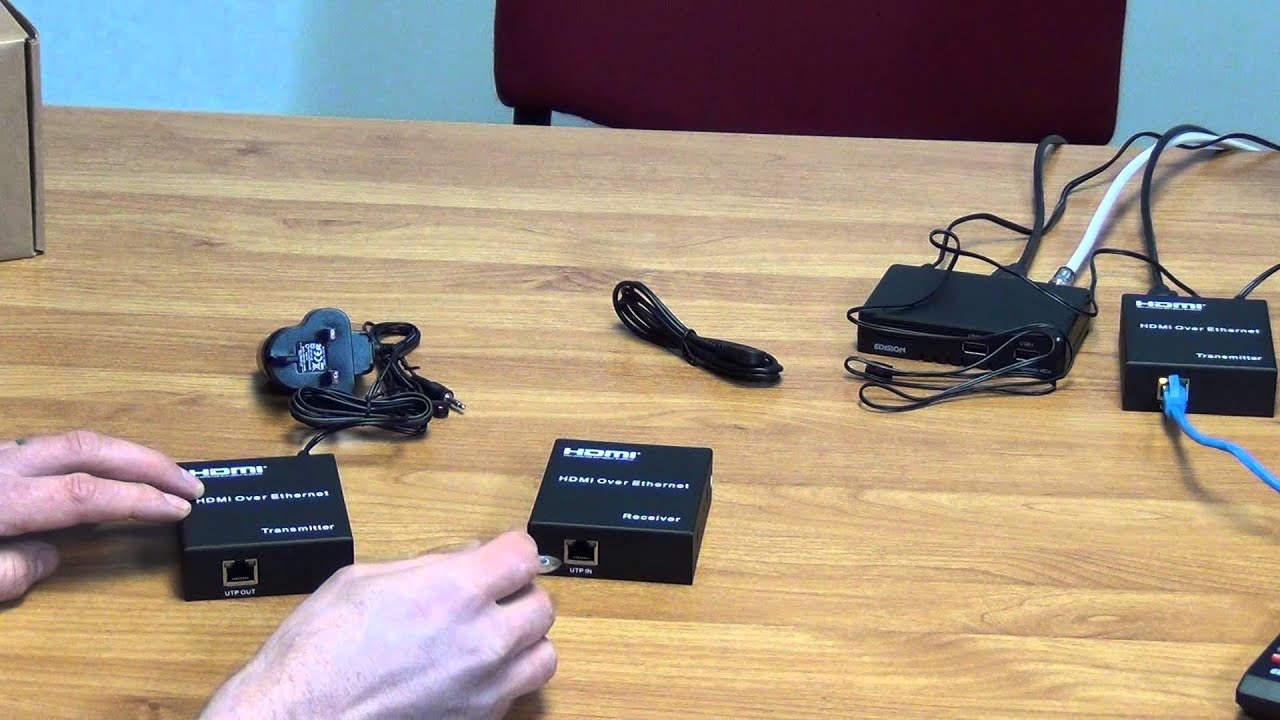 HDMI over ethernet uses the network cables to transmit High definition Video signals from one source to unlimited screens.

The technology is used in point-to-point extension, one to many distributions, and scaling video from different grids.  It provides a way to send video signals over a long distance.  The cable is used in stadiums to send compressed packets of the video signal to screens for live experiences.

HDMI over Ethernet is used in the manufacture of HDMI splitters, converters, extenders, and streamers.

3. USB-to-Ethernet Converter to Connect Devices (Like a USB Camera) 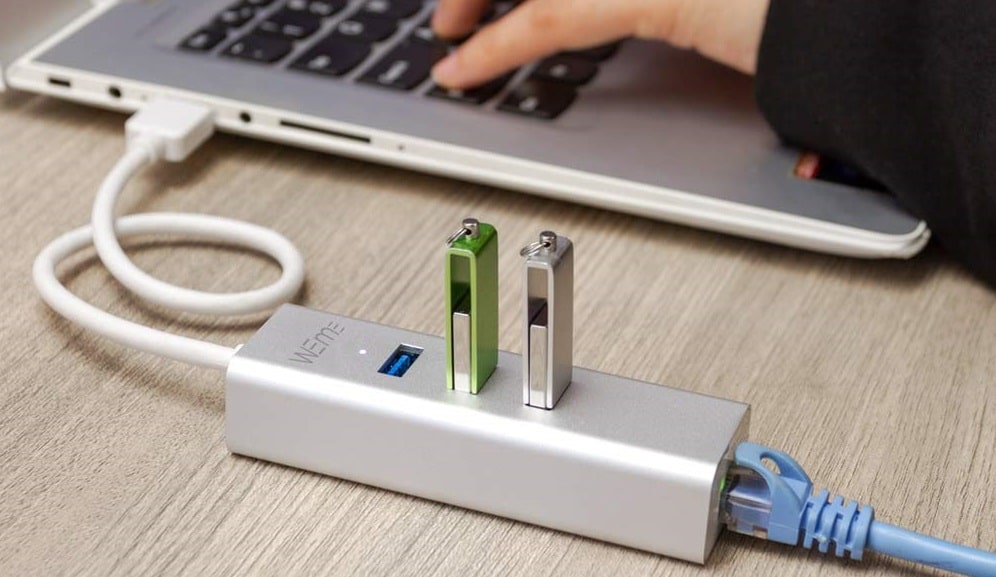 A USB-to-Ethernet converter is an interface between an Ethernet and the USB connection.  The converter joins a USB port to an RJ-45 Ethernet port. The converter makes it possible to connect devices without using an ethernet card. It comes in handy in equipment that only has a USB or Ethernet port.

The converter is referred to as plug-and-play because you can use them immediately you connect it to your computer. However, you may be prompted to download a driver to support its use. The converter is used to connect modems, USB cameras, and high-speed internet.

Wi-Fi is a wireless network connection that uses radio waves to transmit data. Wi-Fi is an acronym for Wireless Fidelity. Data is transmitted from a router to the connected device. You will need a password before connecting to the network.

2. What is an Ethernet Switch?

An ethernet switch is an intelligent device that can distinguish devices using specific MAC addresses within a network.

3. How to choose an Ethernet cable?

You should choose an ethernet cable based on the need and the performance you require. Different categories of ethernet cables have different speeds and bandwidths.

We have seen why an ethernet connection is better than a wireless one. Ethernet connections are faster, more reliable, secure, and convenient. However, they have some limitations. Exceeding the maximum length could result in a loss of quality and performance.

Ethernet technology has applications in transmitting power and video signals over a network cable. A converter can be used as an interface between a USB and RJ45 port.