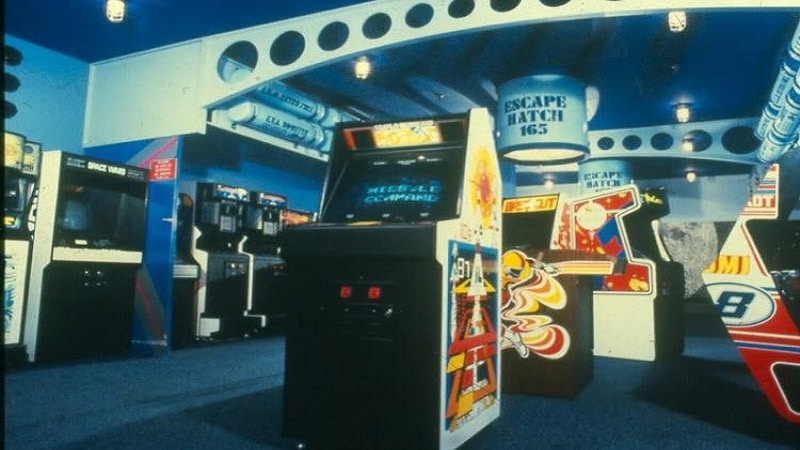 The golden age of arcade video games was an important period in the history of video games. This era saw the introduction of some of the most popular and enduring titles in the genre, such as Space Invaders and Galaxian, Asteroids, Pac-Man, Frogger and Centipede.

Arcade video games flourished during this time due to new computing technology that had greater power and lower costs. Video games had been played on computers for a few years by the time the golden age of arcade video games began, but the technology had not yet progressed to the level where arcade games could be successfully made.

The first arcade games had black and white display and this included Galaxian and Asteroids. Transitioning to colour was a big thing and was largely responsible for helping arcade machines appeal to mainstream audiences.

Early titles to transition to colour were Frogger and Centipede who took advantage and stood out from the regular black and white offerings at the time.

This period also saw the establishment of many popular video game genres, including space-themed shooter games such as Defender and Galaga, maze chase games which followed the design established by Pac-Man, driving and racing games which more frequently used 3D perspectives such as Turbo and Pole Position, and character action games such as Super Mario Bros.

Defender was mind-blowing for many at the time with so much happening on the screen along with sounds and pace of the game – it was truly addictive and stood out. Defender was also successfully ported to home computers including the Commodore 64 which was cartridge based at that time.

The golden age of arcade video games was a time of great technological advancement and cultural influence. It is still remembered as an important period in the history of video games, and many classic titles from this era remain popular today.

Looking back Space Invaders is seen as the arcade machine that started the Golden Age of arcade video games. It was created by Tomohiro Nishikado for Taito, and distributed by Midway USA. Space Invaders was Nishikado's first major project. He developed the game in just three months and it was released in Japan in 1978, and became an instant hit with players. The game was so popular that it spawned several imitators, and it continues to be one of the most popular arcade games of all time. It is also frequently played on retro gaming platforms such as the Raspberry Pi.

Space Invaders is a classic shoot-’em-up arcade game that is still enjoyed by millions of people around the world. The player controls a spaceship and must shoot down waves of alien invaders, who come down from space to attack Earth. The game is immensely addictive, and it is not uncommon for players to spend hours playing this game at a time. 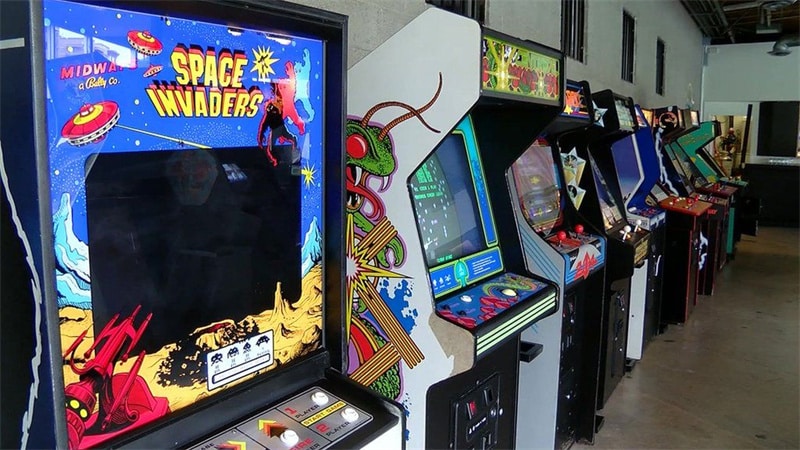 Tomohiro Nishikado is a renowned video game designer and creator with Space Invaders being one of his most famous creations. The game has been featured in several magazine and newspaper articles, and it is regarded as one of the classic arcade games of all time.

There is so much information out there if you enjoy reading about how the Space Invaders arcade machine really did take over the world in the late 70’s.

While Space Invaders inspired many memorable games that came after it, released in 1980 came a game that brought in every man and his dog in droves. This one was by Bandai Namco and remains so popular it became their mascot. Need a clue … … Oom …. Nom….. Nom.

Who thought that eating ghosts and fruit while you chase down all the dots could be so popular?

Pac-Man is one of the most popular video game characters of all time surpassing the legendary Space Invaders. The original Pac Man arcade machine was released in 1980 and since then Pac Man has starred in more than 30 video games.

Pac-Man is known for his iconic yellow and green pellet trails and his uncanny ability to navigate his way through mazes. In more recent times Pac-Man has been featured on consoles like the N64 as a playable character that roams through different landscapes.

Pac-Man's most common antagonists are the Ghost Gang — Blinky, Pinky, Inky and Clyde that are determined to defeat him to accomplish their goals, which change throughout the series. Pac-Man also has a voracious appetite, being able to consume vast amounts of food in a short time span, and can eat his enemies by consuming large “Power Pellets”.

Pac Man was created by Toru Iwatani who got the idea from the image of a pizza with a slice removed. Toru Iwatani was inspired by the popular Midway Coin-Op game, Q*bert. as he felt that something was missing so he added the ghost and the eating habits.

In exploring a potential sequel to the super successful Pac Man Midway developers pitched an initial add on to be called Super Pac Man which led to the release of Ms Pacman in 1982. Ms Pac Man was ported to numerous personal computers however the Commodore 64 was the most successful. While Pac Man rights were owned by Bandai Namco Japan, the Ms PacMan concept originated in America and the rights for some time were owned by Midway.

The next big thing was free roaming game play and storytelling which was embraced by the well-known title Paperboy released in 1984 as a joint venture between Atari and Miday. Atari was busy signing deals to port arcade games to its consoles, so it made sense that they started to have ownership in upcoming games. Paperboy was initially released as an Arcade machine and had bike handlebars as controls… and yes you guessed it later ported to numerous consoles including Atari.

Almost 40ys later what was ground-breaking can now be played in your web browser, but is still just as good and as much fun. Checkout Pac Man on freepacman.org.

In the late 80s we saw Street fighter however its sequel SF II was the next big thing introducing versus mode and different attack moves. This created the fighting genre and inspired many fighting games thereafter including Mortal Kombat that took it to another level with Fatalities. MK created a fair bit of hype and controversy as people flocked to the arcades to play and watch what had never been seen before.

And let’s say the rest is history. Arcade machines have been with us since the 70s and brought much joy to many generations. But it’s not over, thanks to new technology many of these greats are still alive and being enjoyed by young and old be it online, on retro gaming consoles, handhelds and new arcade machines.

Needless to say, this story is rich and great and will continue to be enjoyed and written…