Switch Vs. Router – Core Differences and How to Choose 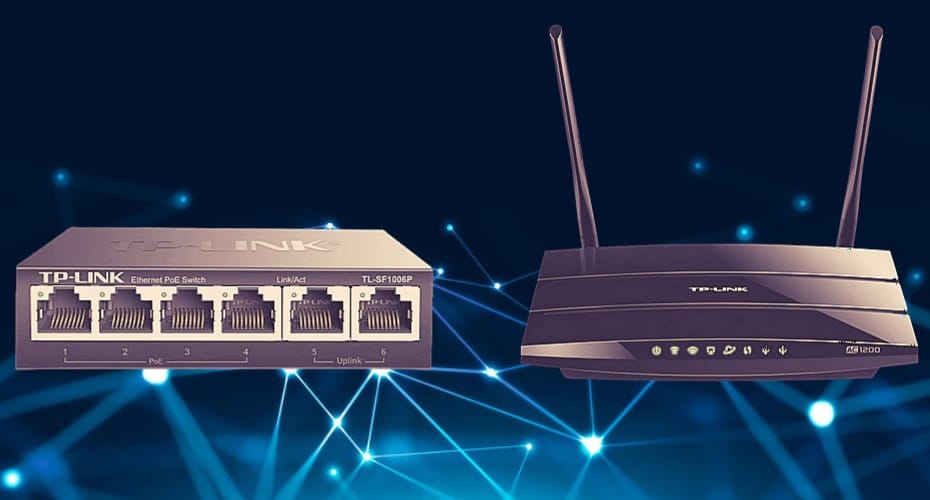 Router vs. switch, are you confused about when you should use each? We have given you tips on how both of them can contribute to your network.

This is a battle between routers and switches. Are you wondering which one will come to the top?

We are going to see how each device works. We will also closely weigh their pro and cons before picking the winner. Join us if you want to find out.

A Router’s job is to move packets of data from one network to another. Routers operate at the third layer (Network) of the OSI model. On the other hand, traditional switching happens when packets get sent to particular switch ports with a specific MAC address. Switches operate at layer two (Data Link Layer) of the OSI model.

Devices on the same network have a similar IP address with unique numbers at the end to identify different devices. The IP addresses are in the routing table. They help the device to identify the best path to send data within the network.

On the contrary, a Switch stores MAC addresses in a lookup table. A lookup table determines which port the Switch will forward data to.

Routers can work within both wired and wireless network situations. They have built-in switches to connect multiple wired devices. They also have wireless radio for Wireless devices; on the other hand, Switches can only work within wired network connections.

A router allows the use of tools that monitor and measure its services. It will offer NAT, NetFlow, and QoS Services. However, a Switch will offer none of these services. Switches operate at the data link layer and are not aware of IP addresses in the network layer. Therefore they cannot offer NAT services. They don't support QoS not tied to 4 or 8 classes of hardware queues.

A router is faster than a Switch in (MAN/ WAN) Networks. Routers are for WAN, MAN, and LAN. A Switch, on the other hand, is faster than a Router in a LAN environment. Switches are less likely to experience network latency.

What is a switch?

A switch is a networking device that connects multiple devices on the same computer network. Therefore, a Switch can link computers, printers, and servers. It can create a single network with sharable resources. 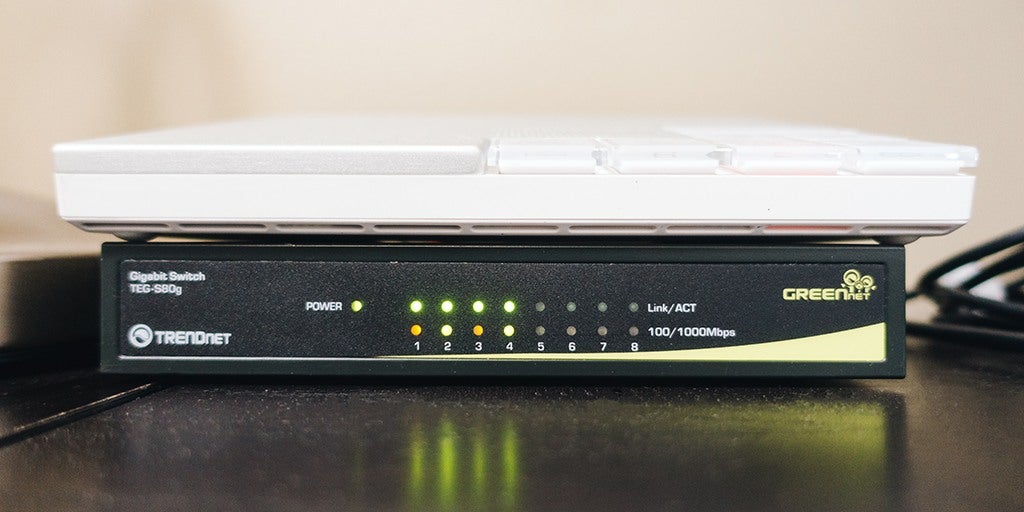 A switch serves as the controller that allows the sharing of resources. It saves you money and time. It also increases productivity if implemented well in the workplace.

A switch can handle the data it receives and knows the specific address to send it.  Therefore, in a  computer network, the device can tell which computer the user intended to send the data to.

How does it work?

A switch logically decides where to send and block data. It executes four functions that include learning, flooding, forwarding, and filtering.

The learning function helps the Switch keep track of the MAC addresses of all devices connected to the network. The MAC address helps it to identify the port to which the destination device is connected.

The flooding function sends incoming data frames to all the active ports. It helps the switch to look up the MAC address table. After that, it sends data to a specific port. The filter function allows information to flow to the right MAC address identified by a frame header.

What is a router?

A router is a device that connects multiple switches and their respective networks to form a LAN network. Additionally, a router allows multiple devices to access the internet. 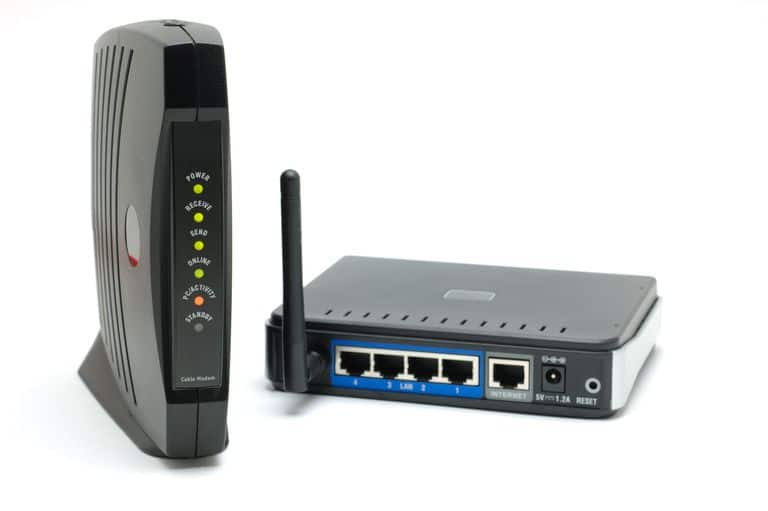 From the word router, the device directs traffic through the most efficient route. Therefore, it transfers data to establish data between two nodes in an internetwork. The router operates at the third layer of the OSI model. The third layer of this model is the network layer.

The device protects your business from security threats. Apart from that, it gives priority to devices that should receive data over others.

How does it work?

The router needs to know the IP address of the source and the destination before data is sent to a particular device.

Keep in mind that it is the work of a router to assign IP addresses to the devices in a network. Therefore, when a computer connects to a router, it obtains an IP address from the routing table. This process is called dynamic IP assignment.

A dynamic IP has a firewall that protects your computer. It helps the router to choose between good or bad traffic.

1. The Applications of Switch

2. The Applications of Router 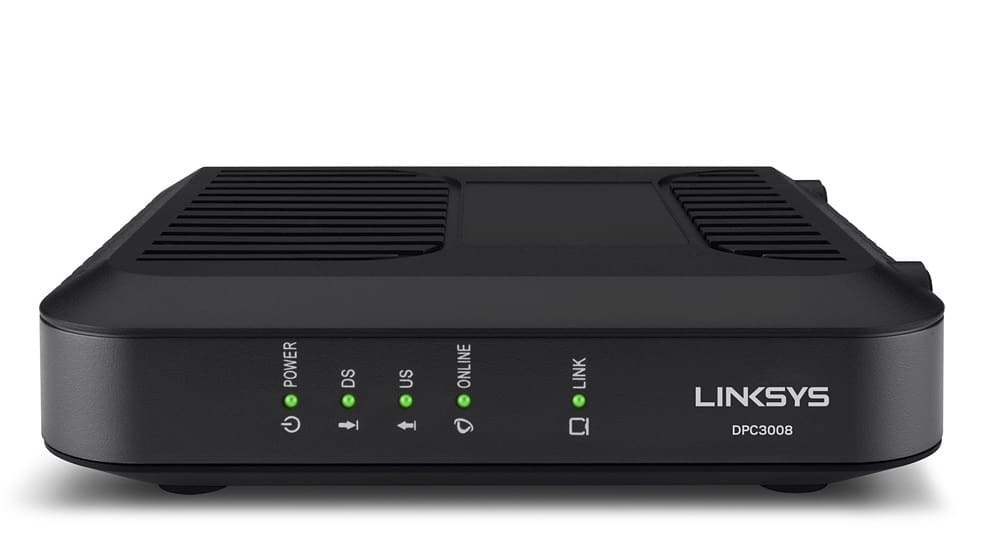 It is a device that converts an analog signal to a digital format that a computer can recognize. It also transforms a digital signal into analog to send over standard telephone lines. 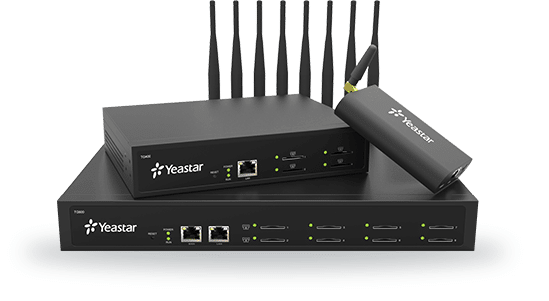 A gateway is a network node that connects two networks with different transmission protocols. 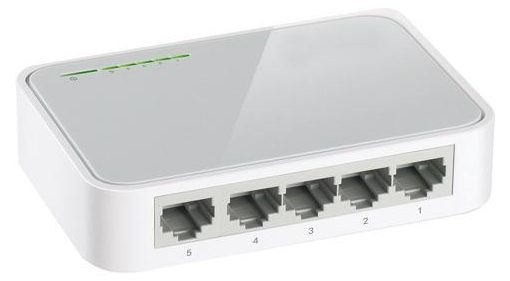 A hub is a physical layer in a network used to connect multiple devices. It has many ports. Data received is broadcasted to every other port. The device connects computers in a Local Area Network.

1. Which is better Router or Switch?

A router is better than a switch. Switches do not have firewall and logging capabilities. They only work with compatible hardware, unlike configurable routers.

2. Do I need both a router and a switch?

You only need a router if you intend to have a small network. Most routers only have four ports. However, adding a switch to a router can increase the size of your network. We do not recommend using switches without routers since they have no routing capabilities.

3. How many switches can be connected to a router?

You can connect three switches to a router.

4. Can you have two routers?

Yes. Using two routers increases the size of the network.

5. Switch vs. Router vs. Modem: What's the Connection Sequence?

The connection sequence is like this: modem-router-switch (access point)-multiple clients. The switch should be placed behind a router to allow all devices connected to the switch or the router to access the internet.

Placing the switch right after the modem will waste some of your hardware and cables. It will happen because all your switch ports apart from the two going between the router and modem will be useless to you.

6. What is the difference between a MAC address and an IP address?

Routers have superior capabilities to switches. They are not only configurable but also secure and have logging functions. Additionally, they are faster in particular networks and can work in both wired and wireless networks.